The federal budget for the next financial year 23-2022 will be presented today, Finance Minister Muftah Ismail will present the budget.

There is a possibility of a 5-10% increase in salaries and pensions of government employees. Income tax exemption will be abolished and regulatory duty on luxuries and non-essential items will be increased. In the federal budget, advance tax on auto rickshaws, motorcycle rickshaws, and motorcycles up to 200cc has been abolished while the tax rate on double cabin vehicles has been increased. The budget proposes to reduce taxes on locally-made mobile phones. In Pakistan, the trend of early retirement among government employees for pension and post-retirement benefits is gaining momentum. In 2019, 60% of government employees who retired received early retirement. The federal government has refused to impose an education levy of Rs 1 per call on the telephone and mobile calls in the federal budget for the next financial year.

To reduce government spending, it has been proposed to monetize the vehicles and other benefits of federal employees in grades 17 to 19. Earlier, the government was paying cash for other benefits, including vehicles for officers in grades 20 to 22. (مالی سال 2020-21 وفاقی بجٹ)The federal budget of Rs 7400 billion for the next financial year will be presented today. The budget for 2020-21 is good news for government employees who expect a 20% increase in their basic pay. Adviser to the Prime Minister on Finance Abdul Hafeez Sheikh will present the Federal budget 2021-22 on 12th June 2021 The Federal government of Pakistan will announce the federal budget for the financial year 2020-21 in the National Assembly on June 12, 2021.

The federal budget is likely to spend Rs 475 billion on pensions, while a budget of Rs 495 billion could be set aside for federal ministries and departments. The federation can spend Rs 260 billion on subsidies. The federal government can release Rs 820 billion in grants, the federal development budget will be kept at Rs 650 billion.

The International Monetary Fund (IMF) has demanded the government of Pakistan not to increase the salaries of government employees in the next budget and to pursue financial stability policies with the announcement of a nominal target of the primary budget deficit in the budget. Both FK demands will be very difficult to implement.

Tax rates for non-filers are likely to increase. Income tax and FED for non-filers may be increased, GST rate for non-filers is also proposed to be increased from 17%. According to sources, there is no possibility of any income tax exemption for the salaried class. Unregistered individuals may also be denied input tax credit.

Tax reduction on basic food items, allocation of Rs 1,000 billion for dealing with Corona and business facilitation, luxury tax of Rs 1 lakh to Rs 2 lakh on luxury houses and properties in Islamabad is likely. what time is the Pakistan budget speech in June 2021?

In the budget for the next financial year, the tax revenue target can be set at Rs 4950 billion. The deficit is likely to be more than Rs 3427 billion. It is estimated that Rs. 3235 billion will be spent on interest and repayment of loans. It may be proposed to allocate Rs. 1402 billion for defense.

The IMF is urging the government to pursue deficit and debt reduction policies. According to Finance Ministry sources, the IMF is urging Islamabad not to increase the salaries of government employees due to the current difficult economic situation, rising government debt, and Pakistan’s decision to seek debt relief from the G20 countries. However, the government is reluctant to accept the demand due to rising inflation.

The 2020-21 budget The government could cut 67,000 vacancies a year and ban car purchases to further reduce costs. The main demand of the IMF is that the government announce a target of 184 billion (0.4% of GDP) as a primary budget deficit. According to sources, the government does not expect a significant increase in revenue collection in the next financial year due to the current economic situation. On the other hand, due to inflation, it intends to increase salaries by 10-15 % and pensions by 10 %.

The government will not be borrowing from the central bank to tackle the budget deficit as it fuels inflation. Azhar underscored that the government’s aim was to shift the burden from the common man. budget date 2020-21 announced pay budget 2021 pak.

The federal government has set minimum salaries to 17 thousand 500, adding that the increase will be on the salary released from 2017. Five thousand rupees to 2,000 cc vehicles, one thousand one CC to 2 ccs, while duty on more than 2,000 cc duty has been imposed by seven and a half percent.

The Sindh government’s budget for the next financial year proposes a 10% increase in the salaries of government employees. The budget for the next financial year is likely to be presented by the Sindh government by June 17. The budget proposes a special incentive package for the agricultural sector and allocation of funds on a priority basis for the completion of unfinished development projects.

Rs20 billion and Rs15 billion allocated to buy land for the Diamer and Bhasha, and Mohmand Dam respectively For the newly merged tribal districts, the government has set aside Rs152 billion. Another Rs35.5 billion has been set aside for a total of nine projects in Karachi.

Pakistan budget to be presented for 2022-23 and date of budget 2020 June 12. The government has proposed in the next budget to reduce the tax rate on cheap cigarettes and increase it on expensive brands. salary increase in budget 2022-23 Pakistan.

If these suggestions are followed, it will hit the salaried class the hardest, which has already been experiencing the highest inflation for two years. According to sources, the FBR was considering raising the rate of federal excise duty on locally manufactured cigarettes by 24 percent if the on-pack printed retail price of 1,000 cigarettes exceeds Rs 5,965.

The Federal Board of Revenue has set a target of Rs5.5 trillion in the current fiscal year. Keeping in view that the Tax-to-Gross Domestic Product (GDP) ratio is significantly lower in the region; our focus is on increasing tax collection. Only two million people, including the salaried class, paid taxes. Pakistan health budget in 2022.

Pensions have been increased by 10%.

a new ration scheme will be introduced that will offer 80, 000 people interest-free loans every month. An old-age home scheme will be launched for senior citizens. The government will launch a ration card scheme for 1, 000, 000 people.

Sehat Sahulat Program: 3,200,000 families to be inducted in the first phase.

The government has allocated Rs33 billion for higher education. 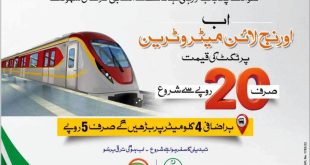 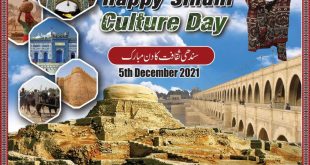