The Government of Khyber Pakhtunkhwa has allowed the National Testing Service to carry out the recruitment test for KPK ESED teachers jobs. The candidates who will apply for these jobs in the education department KPK make arrangements for their NTS written Test according the new recruitment policy of the KPK NTS Teachers jobs 2019. Here we will give the online preparation for the candidates who are intelligent to come out in the NTS Test. All applicants who are interested in the teachers jobs must pass the NTS written test for additional apply in the KPK education department. Candidates will recognize the paper pattern and all other subjects’ details here. So the candidates will get the KPK FTS Teachers Jobs NTS Written Test Sample Papers Syllabus Online Preparation here. 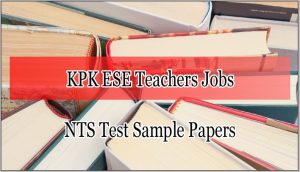 All candidates will get the online sample papers of all subjects for all posts of the Teachers. The Applicants who will apply for the ESE Arts, Science, SSE, SESE and all other posts will make preparation through these papers. These online question answers are mcqs type which are make for the NTS screening test to obtain the high marks in all NTS Tests mentioned posts. Here we will upload subject wise online MCQs question Answers for candidates for the KPK Teachers Jobs NTS Written Test Sample Papers Syllabus Online Preparation.

The sample paper below was issued by NTS for the recruitment exams for the post of Secondary School Teacher (SST)  (General), offered by Directorate of Elementary and Secondary Education, Khyber Pakhtunkhwa.

Complete the sentences by choosing the most appropriate option from the given lettered choices (A to D) below each.

1._____ Each  is responsible for finding his/her own living accommodations.

Four options (A to D) follow a related pair of words given in capitals Select the option that best expresses a relationship similar to that expressed in the original pair.

Choose the word most similar in meaning to the capitalized ones

Read the passage to answer question 5-8

At the turn of the twentieth century, people’s attitudes toward money were far more conservative than they are today. Borrowing and being in debt were viewed as a moral failing, almost as a disgrace. Thrift and saving were highly prized, and people who needed to borrow to make ends meet were seen as careless, unreliable, or extravagant. The focus in the economy as a whole was on developing large corporations like railroads, oil companies, and other companies that produced basic goods and services.

Then, in the 1920s, the economy changed. A huge network of banks and financial institutions developed, helping money to move more quickly and
easily through the economy. At the same time, the economy was increasing its focus on consumer goods— clothing, cars, household appliances and other things that individuals buy. To help promote the sale of these items, consumers were encouraged to buy on credit. If they could not afford an item right away, a store or a bank might lend them the money, which they could pay back in installments.

With the development of consumer credit and installment purchases, people’s attitudes toward debt and spending changed. The model citizen was no longer someone who was thrifty, buying only what he or she needed. People were respected less for being thrifty than for knowing how to use their money to buy as many things as possible— an attitude that persists at the turn of the twenty-first century.

11.If a mathematics teacher complements a geographical study of rainfall and temperature with one of its own graphs, the pattern of team teaching would be:

12.The lessons which are for developing attitudes, feelings and values among students are said to be:

Change the voice of the following. (Active & passive voice)

Change the narration of the following (Direct & indirect speech)

Identify the word or phrase that needs to be changed for the sentence to be correct.

Question 17 is based on the following passage.

What makes camels the best means of transport is not their speed. In fact they go slowly covering four to five kilometers an hour. But they can walk many hours on the burning sands of the desert. Their feet are made in such a way that walking on sand and hard rock is easy for them.

Complete the sentences by choosing the most appropriate option, from the given choices (A to E) below each.

Five options (A to E) follow a related pair of words given in capitals. Select the option that best expresses a relationship similar to that expressed in the original pair.

Choose the option or phrase that is most nearly opposite in meaning to the word in capital letters.

Change the voice of the following. (Active & passive voice)

4. Najma is washing her clothes.

Change the narration of the following (Direct & indirect speech)

Choose the word most similar in meaning to the capitalized ones.

Read the passage to answer questions 7-8

Among the chief sources of education available to Tahir was a quiet garden adjoining his family house. Here he used to spend much of his time, absorbing the peace and beauty of nature. It was through this early contact with nature that he acquired that serenity of mood that distinguished him all his life. It was in this garden too that he came to understand that the principle of harmony was at work throughout the Universe. At the same time, he formed the habit of observing and reflecting on things.

7. How did Tahir spend much of his time in the garden adjoining his family house?

A. reading literary books
B. plucking flowers and enjoying their fragrance
C. enjoying natural peace and beauty
D. sleeping in natural air and thinking in poetry
E. playing with the neighbors’ kids

8. How did the garden near Tahir’s house serve him?

11. You have computerized your office. What Software will you suggest to Account Department for Calculating monthly salary and other expenditures?

12. In internet explorer, the function key F5 is used to:

13. In a lecture a teacher should present the students with examples of:

14. In Testing, ‘Feedback to Students’ refers to:

18. Siddique was the title of:

19. Which of the following Pakistani women was appointed as SAARC guided Ambassador for HIV Aids on February 21 2013?

Dogars NTS Solved Paper Book PDF Format is available in the Market in which Questions provides all Urdu and English Books. 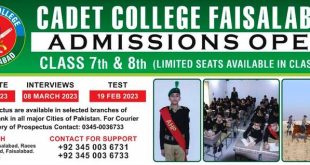 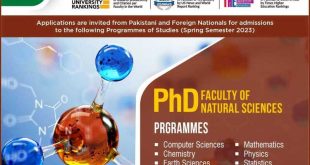