There are various festivals in the Muslim calendar. But Bakriid or Eid-ul-Zuha is one of the most celebrated festivals among Muslims all over the world. It is a day of sacrifice for the Muslims. According to legends. It all started with a dream in which Allah directed the patriarch Prophet Ibrahim to sacrifice his son Ismail.

It was Ibrahim’s faith in Allah and his son’s faith in his father that were on the test. Before performing the sacrifice Ismail tied a cloth around his father’s eyes. But when Ibrahim opened his eyes he found his son safe and sound.

In his place lay a dead dumba or ram. It is in honor of this test of faith that Muslims around the world sacrifice an animal on the occasion of Id-ul-azha to show their allegiance, faith and sincerity towards Allah. The Muslims mainly sacrifice the goat, which is why the occasion is spoken of in Urdu as Bakhr or Bakri-Id.

The festival is to celebrate the strong faith of those devoted to Islam. we have collected some latest bakra eid funny and Islamic wallpapers. Share them to your friends and enjoy this event… 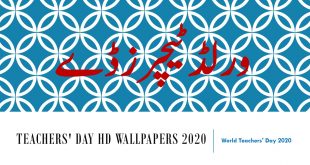