Karachi: According to the notification issued by the Sindh Education Department. The educational process in all schools across the province will be fully restored From Monday, June 21. In the first phase, the teaching process was started from June 9 to 12 in all the universities of Sindh and in the second phase, while in the second phase, the practical teaching process was resumed from June 6 to 8 in the eighth grade.

The academic calendar of schools and colleges in Sindh has been released according to which the matriculation examinations will be held from June 15 and July 6, while the Sindh Education Department has taken a big decision for the first time in Sindh.

It has been decided to give based on the results of the party. This year’s summer vacation will be in July for one month only. The academic year will run from September 15 to April 15, while the next academic year will begin on May 3, 2021.

The Sindh Education Department, in collaboration with various NGOs, has launched an Android mobile application for students from KG to Class V, which will help children to read their curriculum at least at home.

This app has been introduced in English and Urdu as well as Sindhi language and soon all the articles in it will also be in the Sindhi language although at present Maths and other subjects are available in Sindhi. 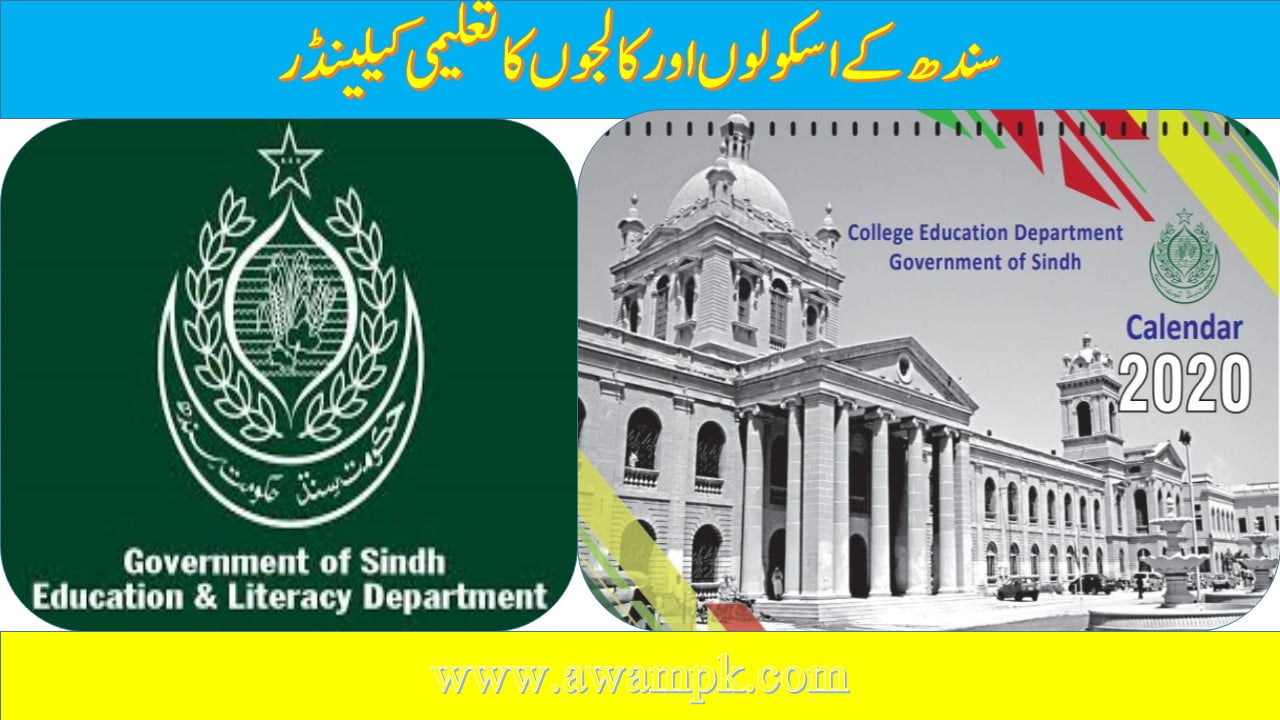 Sindh Education Department has issued Sindh’s academic calendar and Inter first-year admissions will be based on ninth-grade results. Matriculation examinations will be held from 15th June 2021 and Inter from 6th July 2021،The new school year will begin on August 2, and summer vacations have been reduced to one month. According to the calendar released by the Federal Directorate of Education, the summer holidays will be from July 2 to July 31. Sindh educational institutions across the province will remain closed till May 23 while the series of online classes will continue.

The Provincial Department of School Education has released the educational calendar of schools and colleges in Sindh 35 days after the meeting of the steering committee. According to the notification issued in this regard, the Sindh Education Department has taken a big decision.

However, the session of Cambridge A and O level schools Promotion of first to third class students in the next class will be from 1st August after written test and review. Exams of 4th to 8th class will start on 1st June and will end before 15th June and the results of these classes will be released on 15th June only.