The culture of Sindh is among the oldest cultures in the world, the land of Sindh is the land of love, peace and love. The students participating in the day to study the history of Sindh.

In the culture of Sindh, the dress, food, style, and expression of love of the nations with the Sindhi cap, make them culturally authentic. He also addressed and set up various stalls of Sindhi culture in which the guests took special interest and hailed the organization of such Sindh Culture Day as auspicious. 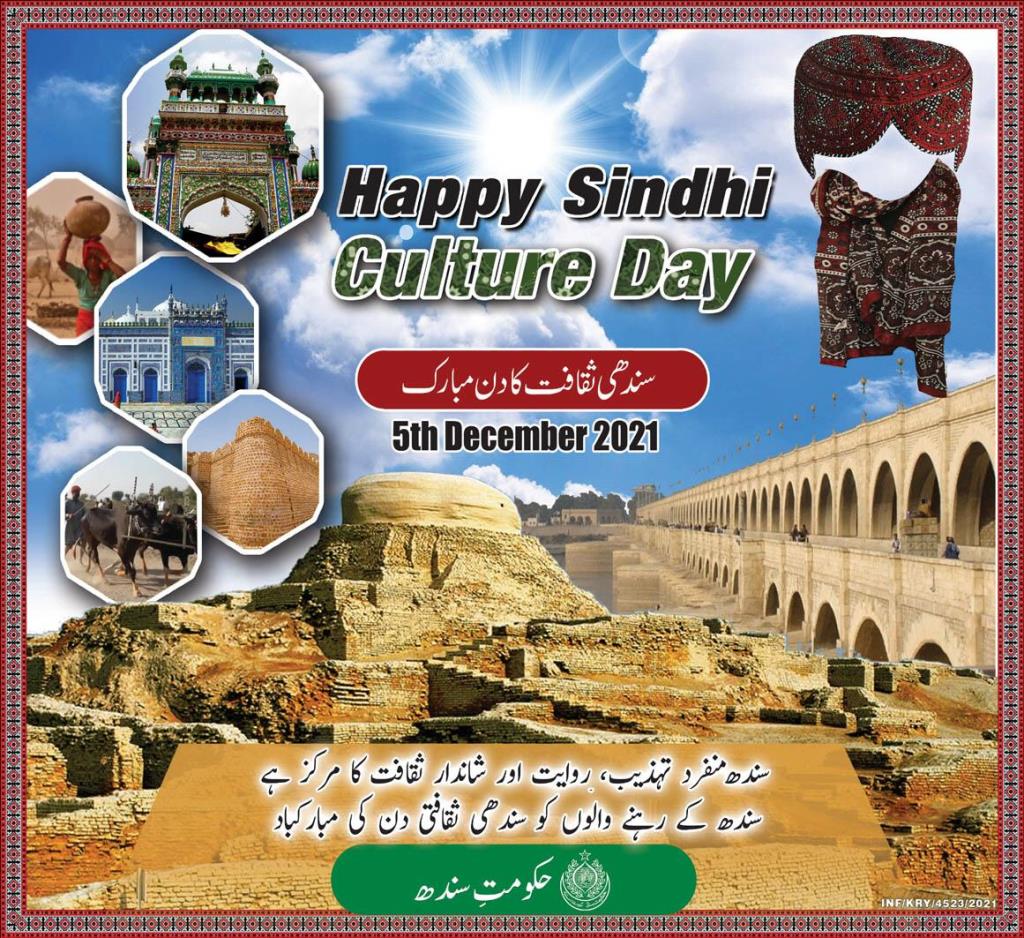 In connection with Sindhi Culture Day, a function was organized in Hyderabad in which school children presented tableaux highlighting the culture of Sindh.

Children, adults and youth are showing their traditional enthusiasm in the celebrations of Sindhi Cultural Day at different places of Karachi. Youngsters are dancing to Sindhi songs and folk tunes while children are presenting tablo to highlight the beautiful colors of Sindh culture. Young, children and old people have come out of their houses in Sindhi ajrak, hats and clothes to participate in these celebrations.

In groups, young men are patrolling, wearing scarves and hats. In connection with the Culture Day, traditional ‘fish courts’ have been organized across the province, in which local artists are performing their art.

Rallies are also being held on motorbikes to highlight the culture of Sindh, on which youngsters in Sindhi hats, scarves and turbans were seen dancing to the tunes of Sindh folk songs.