The 145th birth anniversary of Quaid-e-Azam Muhammad Ali Jinnah, the founder of Pakistan, who gave the Muslims of the subcontinent an independent homeland in the form of Pakistan, is being celebrated today. Quaid e Azam Muhammad Ali Jinnah was born on December 25, 1876, in Karachi. The birthday is a public holiday and the national flag will be hoisted on principal government buildings throughout the country. The day will dawn with special prayers for the security, progress, and prosperity of the country.

The day dawned with Qur’an Khawani at the Quaid’s mausoleum in Karachi. A change of guards ceremony was held at the Mazar-e-Quaid. A number of events, including seminars, debates, and exhibitions, are being planned both at official and civil society levels to highlight life, achievements, and different aspects of the personality of the Quaid. The Pakistani Nation is Celebrating 144th Birthday Of Our Beloved Quaid MR. Muhammad Ali Jinnah. 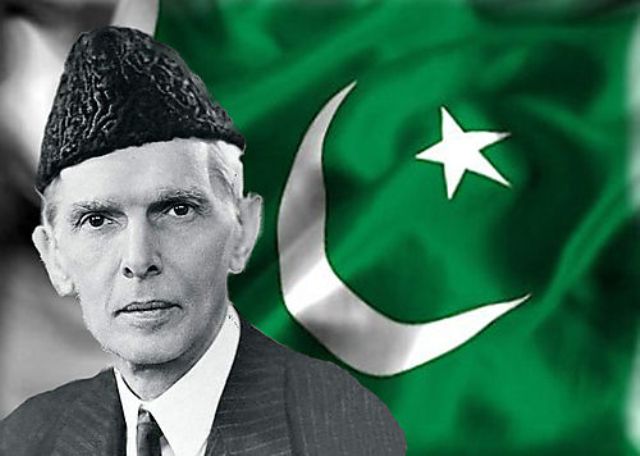 Seminars, conferences and events will be held on the occasion of the birthday of Quaid-e-Azam Muhammad Ali Jinnah. These ceremonies will pay homage to the Founder of Pakistan for his invaluable services and for his struggle to make the dream of a free and independent Pakistan a shame for the Muslims of the subcontinent.

Quaid e Azam Muhammad Ali Jinnah is the great Leader of Pakistan who has worked for a new Muslim Country named Pakistan on the World map. He was a very hardworking man. He has done his job as an honest leader of Muslims. Allama Iqbal has Participated in his struggle and Quid e Azam himself was really honest with the Muslim nation. He was a great leader of the Muslim world in History. He has worked after the independence to establish a great nation in his own homeland. He is known as the honorable father of the nation.

When Muhammad Ali Jinnah opened his eyes at the Wazir Mansion in Karachi on December 25, 1876, he knew that this child would become a great leader and play an important role in the wrestling of the Muslims of the subcontinent.

Quaid-e-Azam Muhammad Ali Jinnah received his early education at Sindh Madrasa-ul-Islam and passed his matriculation examination from Mumbai University. Later he went to London to pursue higher studies. In 1895, at the age of 19, he graduated with a law degree from the University of London and returned to Bombay to practice law, where he became one of the leading lawyers.

Quaid-e-Azam Muhammad Ali Jinnah began his political career in 1896 and joined the Indian National Congress, but soon realized that the Congress was the only party representing Hindus where discrimination against Muslims was on the rise.
In 1913, he joined the All India Muslim League, the only party representing Muslims, and started a regular movement for a separate homeland. After joining the All India Muslim League, Quaid-e-Azam devoted his days and nights to awakening the political consciousness of Muslims.

Eventually, their struggle paid off and on August 14, 1947, the dream of a separate homeland for the Muslims of the subcontinent came true, which was renamed Pakistan. After independence, Quaid-e-Azam’s health began to deteriorate and after battling many diseases, he finally passed away on September 11, 1948, but the Pakistani nation will remain grateful to its great leader

Muhammad Ali Jinnah was born on 25 December 1876. Jinnah served as the leader of the All-India Muslim League from 1913 until Pakistan’s independence on 14 August 1947, and then as Pakistan’s first Governor-General until his death. As the first Governor-General of Pakistan, Jinnah worked to establish the new nation’s government and policies and to aid the millions of Muslim migrants who had emigrated from the new nation of India to Pakistan after independence, personally supervising the establishment of refugee camps. Jinnah died at age 71 in September 1948, just over a year after Pakistan gained independence from the United Kingdom.

Quaid-e-Azam Muhammad Ali Jinnah is our hero in history. he was born in Karachi on 25th December 1876. his early education in Karachi. Then he went to England and returned as a Barrister. He started his practice in Bombay and did very well as a lawyer. His fame spread far and wide. The Quaid-e-Azam joined the Indian National Congress in 1905 and advised the Hindus and the Muslims to unite to fight for freedom. But Congress disappointed him because it was working for Hindu Raj in India. He, therefore, separated himself from Congress. He tried his best to unite the Muslims. He joined the Muslim League and brought the Muslims on one platform.
On 23rd March 1940, the famous Pakistan Resolution was passed under his ardent leadership at Lahore. He declared that the Hindus and the Muslims were two completely different nations. Their likes and dislikes, their cultures, rites, and customs, and their religions are totally different from each other. He demanded a separate homeland for the Muslims of India Where they could lead their lives according to their own religions and cultures. The Hindus opposed this demand and the British refused to accept this demand. But QuaideAzam was as firm as rock so he did not budge even an inch from his mission. He led his nation in the right direction and forced the British rulers to yield to his demand. Thus, after a long struggle and numberless sacrifices of property and life, Pakistan came into existence on 14th August 1947.

The Quaid-e-Azam became the first Governor-General of Pakistan. In his address to the first Constitutional Assembly, he advised the assembly to frame such laws as could uproot social evils like nepotism, bribery, smuggling from Pakistan. He granted freedom to every citizen of Pakistan to live according to his own religion. Everybody was free to go to his place of worship.
The Quaid e Azam did not discontinue his work despite his failing health. He worked from dawn to dusk for the welfare of the Pakistani people. Al long last, he died on 11th September 1948. May Allah Shower His blessings on Him! He is my Hero in History.

“If Pakistan is to play its proper role in the world to which its size, manpower, and resources entitle it; it must develop industrial potential side by side with its agriculture and give its economy an industrial bias.”

A Muslim is not born to give up. If he is forced to be enslaved he will become Babur. He will emerge as Sultan Tipu. He can happily embrace martyrdom but will never accept slavery.

Pakistan not only means freedom and independence but the Muslim Ideology which has to be preserved, which has come to us as a precious gift and treasure and which, we hope others will share with us.”

“if we want to make this great State of Pakistan happy and prosperous, we should wholly and solely concentrate on the well-being of the people and especially of the masses and the poor.”