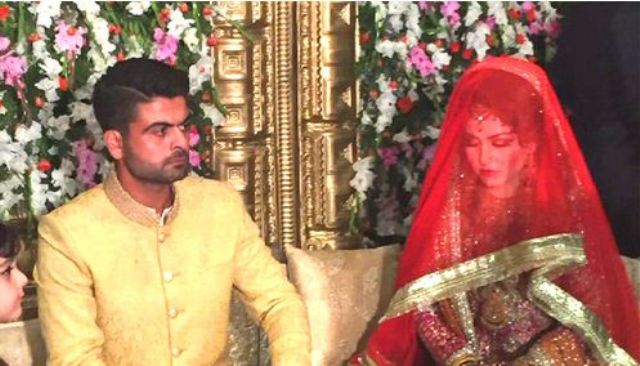 Pakistan opening batsman Ahmed Shehzad team this September 19 will be connected to marriage. And a resident of Lahore thanks to the bride will bring him home. Pakistan Super League held in Qatar in connection with the logo launching ceremony held at a local hotel in Lahore on September 20 because Ahmed is a reception ceremony held on April 2015.

Pakistan cricket team opening batsman Ahmed Shehzad said September 19 will go to groom girls my fans expressed their care Ahmed wedding reception at the headquarters of the PCB card distribution talking on the occasion. He says that I am married with parental consent. I like life before marriage life after marriage too will pass. He says that henna will not function while the girl is safe. Reception of the media is also invited to attend. In response to a question that he wanted to be the person responsible is the fan girls and I think they want to be like before.

Ahmed is not on his wedding at the chateau decorated the hall on the bridge, smiling Ahmed Shehzad some angry looks and the media are also prohibited from taking pictures, on the occasion of their Dear Friends Boom Boom Afridi was wearing a black dress and wedding joyous Shahid Afridi was the center of attention.