The 145th birth anniversary of Dr. Allama Muhammad Iqbal, the poet of the East and the great thinker is celebrated with great enthusiasm on November 9, 2022. The ideology of Pakistan and Aiwan-e-Iqbal was to hold celebrations across the country on the occasion of this day in which the struggle of the poet of the East for the Pakistan Movement will be paid homage.

Speech competitions and debates are organized in educational institutions. A prestigious guard change ceremony is also be held at Mazar-e-Iqbal in Lahore. A special function on the birthday of Allama Muhammad Iqbal will be held at 10:30 am today at Ideology Pakistan Trust, Shahra-e-Quaid-e-Azam, Lahore. 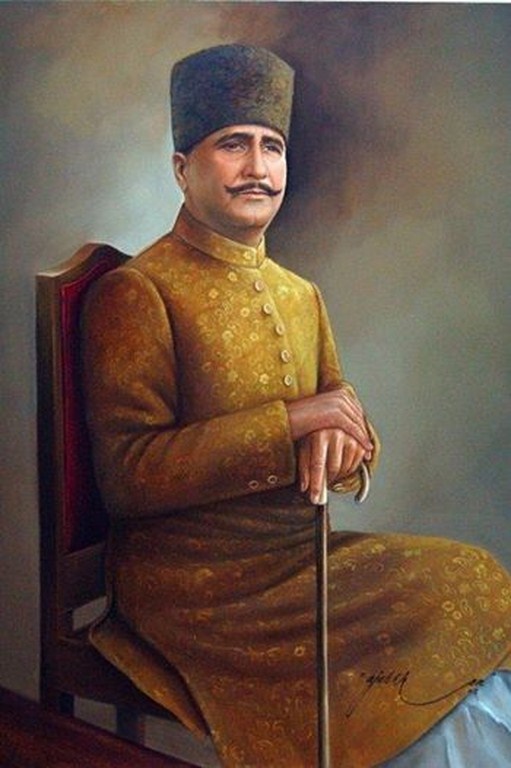 The 146th birth anniversary of Hakeem Ummat poet of the East Dr. Allama Muhammad Iqbal will be celebrated tomorrow with great enthusiasm. Allama Muhammad Iqbal was born on November 9, 1876 in Iqbal Manzil Sialkot. He was a famous poet of Arabic and Persian who played an important role in the establishment of Pakistan and breathed a new spirit among Muslims.

The 145th birth anniversary of the poet of the East and the great thinker Dr. Allama Muhammad Iqbal will be celebrated today.

Why is Allama Iqbal famous?

Allama Muhammad Iqbal , also known as Allama Iqbal , was a Pakistani philosopher, poet and politician who is widely regarded as having inspired the Pakistan Movement.

Born on November 9, 1877 in Sialkot, Allama Muhammad Iqbal received his early education in his native city and then moved to Lahore. After completing his MA in 1899, he joined the teaching department at the Oriental College and continued to write poetry during that time. Allama Iqbal moved to Britain in 1905 where he first enrolled at Cambridge University Trinity College and then began studying law at the renowned Lincolnian Institute.

After returning home in 1910, Dr. Muhammad Iqbal began to participate in politics along with advocacy and through his poetry awakened the intellectually and politically disaffected Muslims from slumber. He became a member of the Central Parliamentary Board of the Muslim League in 1934, but his health did not support him and he met his real creator in Lahore on 21 April 1938, 9 years before the establishment of Pakistan.

He is considered one of the most important figures in Urdu literature, with literary work in both the Urdu and Persian languages. His best known Urdu works are Bang-i-Dara , Bal-i-Jibril , Zarb-i Kalim and a part of Armughan-e-Hijaz . In Persian, his best known work is the Asrar-e Khudi .

In Pakistan, Iqbal is regarded as having inspired the Pakistan Movement, and is commonly referred to as “Muffakir-e-Pakistan” , “The Thinker of Pakistan ” and “Shair-e-Mashriq” .

In India he is more commonly known for his work the Shikwa . His birthday is also observed as a national holiday.

What did Allama Iqbal do Pakistan?

He just wrote a poem and that is what he did for Pakistan. He hailed the creation of Pakistan in his most profound and witty poetry, the ‘Sare Jahan se Achha Hindustan hamara’ which we all know today as ‘Tarana-e-Pakistan’. He wanted everyone to unite under on umbrella.

The 144th birth anniversary of the poet of the East and great thinker Dr. Allama Muhammad Iqbal will be celebrated with enthusiasm on Tuesday. On the occasion of this day, celebrations will be held across the country in which the struggle of the poet of the East for the movement of Pakistan will be paid homage. Speech competitions and debates will be organized in educational institutions. A prestigious guard change ceremony will also be held at Mazar-e-Iqbal.

Allama Iqbal’s 144th birthday on Monday 9th November 2021 is celebrated on Monday 9th of November, 2021 Allama Muhammad Iqbal is thought of as a Muslim thinker and a nice author and regarded as the most significant figure within Urdu literature.

Dr.Allama Muhammad Iqbal was born in Sialkot, inside Punjab in Pakistan. He’s wide loved by the Pakistani, Indian, Iranian, and Turk poets.
Dr.Allama Iqbal is loved as an outstanding classical author by Pakistani, Indian, and different international students of literature. though most renowned as an author, he has conjointly been acclaimed as a contemporary Muslim thinker. His initial poetry book, Asrar-e-Khudi, appeared within the Persian language in 1915, and different books of poetry embrace Rumuz-i-Bekhudi, Payam-i-Mashriq, and Zabur-i-Ajam. a number of his most renowned Urdu works ar Bang-i-Dara, Bal-i-Jibril, and Zarb-i Kalim.
His birthday is well known on November 9, 1877, and could be a vacation in Pakistan. He left this world on twenty-one Gregorian calendar month 1938.
Allama Iqbal is commemorated wide in an Asian nation, wherever he’s thought to be the ideologic founding father of the state. Allama Iqbal can forever stay within the hearts of the folks of the sub-continent. 9th November Iqbal Day 2022. The importance and respect of Allama Iqbal as the national poet of Pakistan and the creator of the concept of Pakistan is undeniable.