Lahore: For the people who are worried about inflation, the Punjab government has started considering increasing the amount of subsidy from 1 thousand to 2 thousand rupees under the Ehsaas Ration Discount Program.
Chief Minister Punjab Chaudhry Pervez Elahi has given principle approval to start the Ehsaas Ration Discount Program in Punjab. will get flour, pulses and ghee at cheap prices. Eligible Citizen of Punjab Province can apply Online on official website of Punjab Ehsaas Program www.punjabehsaas.gov.pk

Chief Minister Chaudhry Pervez Elahi has also directed to form a ministerial steering committee for the implementation of Ehsaas ration discount program. Dr. Sania Nishtar will be the head of the steering committee. The Chief Minister said that the Ehsaas Act will be approved by the Assembly. Low-income earners will be able to buy flour, pulses and ghee at cheaper prices from nearby grocery stores.

Low-income families would be facilitated with ration at low cost and Ehsaas desks were being established in different districts of the province. Punjab government is signing MoUs very soon with National Bank, Nadra and mobile companies for transparent registration of the programme.

Registration in Ehsaas Ration discount program can be done through mobile application, shopkeepers will also register for discount program through mobile application while families will be registered in the program through a transparent process. One crore low-income families will get a subsidy of Rs 100 billion on the purchase of ration and if the subsidy amount is not used, it will be added to the next month’s subsidy.

The registration procedure is being made simple and common understanding while other family members will be verified with NADRA through the ID card number of the registered person.Approving the increase in monthly subsidy per family under the Ehsaas Ration Discount Program, he said that under the Ehsaas Ration Discount Program, the deserving families will be able to buy flour, ghee and pulses 40% cheaper from the market. of While approving the doubling of per capita amount of food for children, girls and elderly living in welfare institutions managed by the Social Welfare Department, the Chief Minister said that in order to improve inflation and the quality and quantity of food for those living in welfare institutions. The per capita amount of food for people has been increased and by increasing the per capita amount of food such people will be able to get quality and abundant food. He said that the Ehsaas Bill will be presented in the Punjab Assembly soon. 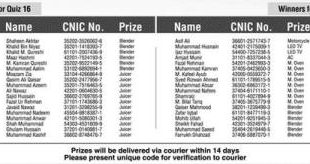