Chairman Board of Secondary Education, Karachi, Prof. Dr. Saeed-ud-Din, keeping in view the concerns of the students, has announced to open the verification section of mark sheets and certificates from Monday, June 8.

In addition, 8,280 candidates have registered in the Private General Group.7,649 candidates appeared for the exam while 879 candidates were absent.

Despite spending billions of rupees annually on public schools in Sindh, scholarships to students and free distribution of textbooks to first-tenth grade students, the results of the Metro Board Karachi have opened the standard of public schools.

Similarly, of the total number of candidates who passed the matriculation exams, 10688 students passed the A1 grade.It is to be noted that in the matriculation examinations, a total of 15894 students achieved A grade. The total number of A-grade students is only 1.0% of public-school students. A total of 174 students have received A-grades from public schools, and 1.7 percent of the total 10085 students attending public schools have taken A-grades.

Out of a total of 10085 children passing public schools in the annual matriculation exams in Karachi, 931 boys achieved B (B) grade while 1836 girls from public schools got B grade and 27.4% of the total students in government schools got a grade. I succeeded. 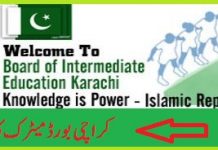 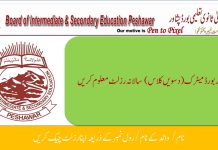 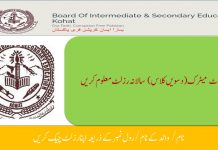 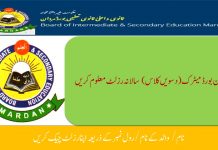