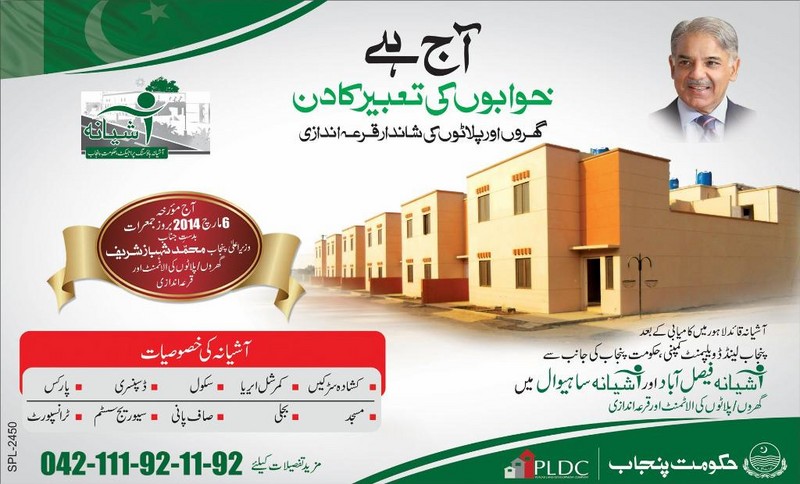 Faisalabad: 1st Balloting of Aashiana Housing scheme 2014 has been completed in Faisalabad and Sahiwal. This project is low cost housing scheme for the Poor People of Punjab.This project has been launched under “Punjab Land Development Company” managed by renowned experts from the private/public sector.

Balloting is done by the chief minister Punjab Mr. Muhammad Shahbaz Sharif. This ceremony is organized by Punjab Land Development Company.
It has been alloted to the poor of Faisalbad & Sahiwal.

Development in these housing projects has been completed within two years of short span period.These balloting is for Ashiana Housing Scheme Faisalabad & Sahiwal