Punjab Government has announced Kisan Package for year 2017 with Rs100 billion under the Khadim-e-Punjab Kissan package.

A total of Rs49.27 billion has been allocated for the production sector. This comprises of Rs20 billion for agriculture, Rs9.23 billion for livestock and dairy development, Rs2.2 billion for forestry, Rs755 million for fisheries and Rs865 million for food, among other allocations.

The agriculture sector, a mainstay of provincial economy is providing employment to 43.5% of the population, 61% of which is from rural areas. Yet this sector is struggling due to old farm practices, unavailability of water, high input and electricity costs.

Provincial government’s initiative to spend Rs100 billion in the next two years is seen as an artificial support for the rural economy that would otherwise collapse under its own weight.

Under the allocations of Rs50 billion for next fiscal year 2016-17, Rs11.6 will be spent on subsidising fertilisers, Rs17.7 billion will be used for interest free credit and smart phones for farmers. Rs7 billion will be utilised for subsidy on electric tube wells, Rs3 billion on cotton seed reforms project, Rs2.5 billion on Punjab Warehouse receipt financing system, Rs2.1 billion on high value agriculture, Rs1.8 billion on high tech mechanisation service centres, Rs1 billion on farmers cooperatives and Rs3.3 billion for other initiatives. 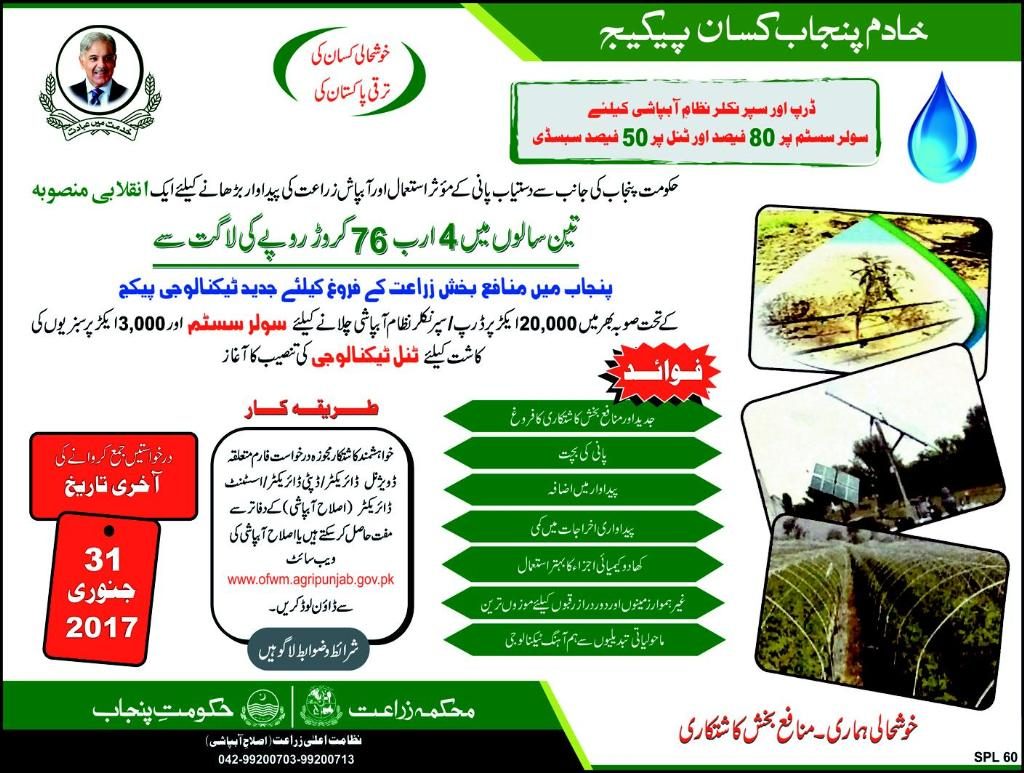 This is good news for the farming community. However, all these subsidies would hardly save Rs2,000-2,500 per acre for us said Pakistan Kissan Ittehad President Khalid Khokhar.

All Eligible Farmer can get application form from Divisionla Director/Dupty Directors/Assistant Director office free of Cast.

or get free from official Website of ON FARM WATER Mangement AGRI PUNJAB Agriculture Department www.ofwm.agripunjab.gov.pk 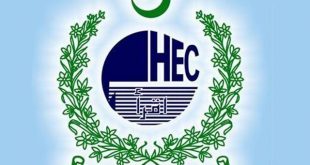 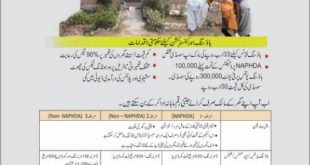