Yamaha Motors Pakistan has launched the new Model YB125Z 2022 Model with the Latest graphic stickers in Pakistan. The new YB125Z comes with breathtaking features, starting from their wider seat which is designed especially for pillion riding, to avoid a lot of vibrations there is an engine balancer. 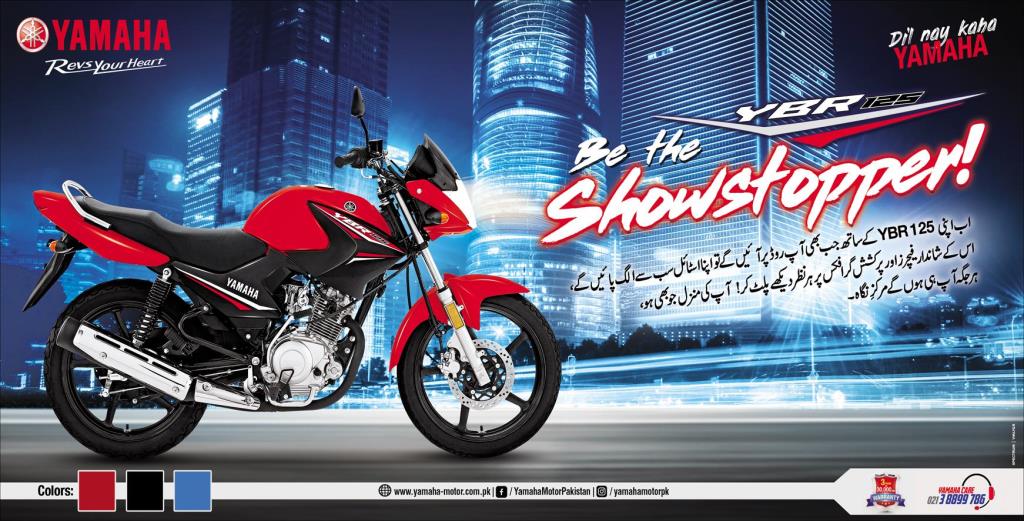 Not just this, but it has new and improved halogen headlights and features a self-starting mechanism for all motorcyclists. There are many more countless features the bike has to offer. 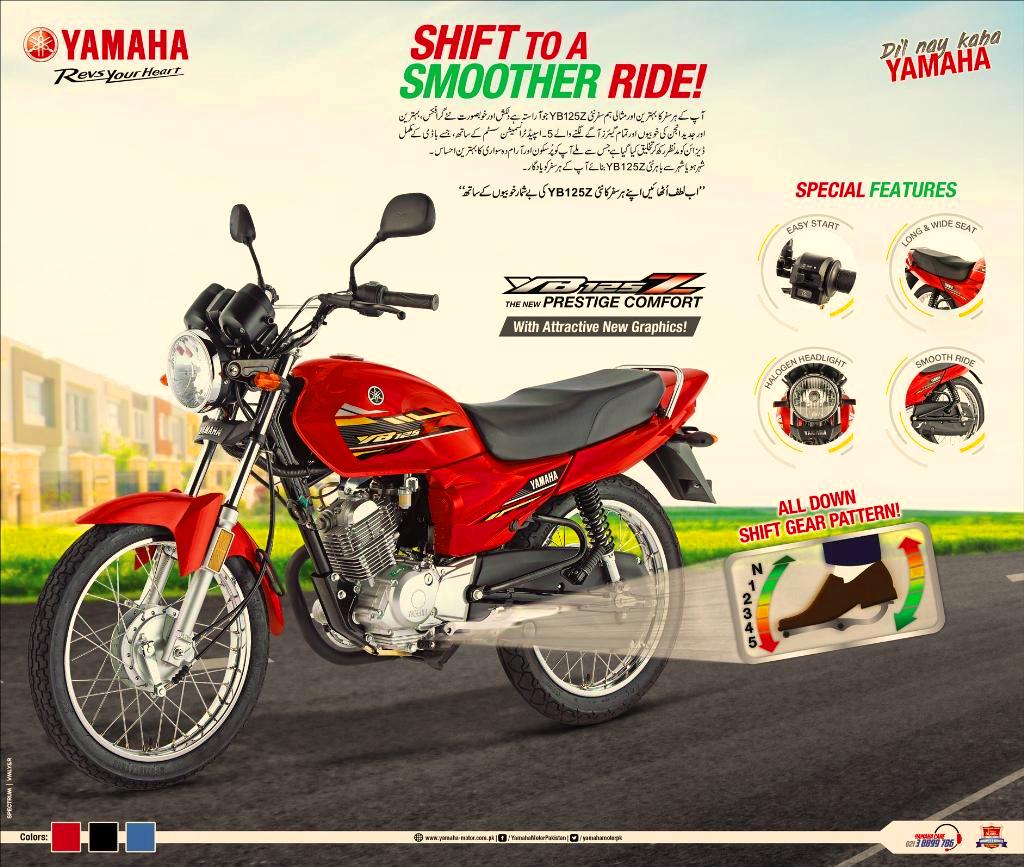 Yamaha YB125Z 2022 Model in Blue, Red, and Black with New Sticker and gear shifting should be smoother and easier than the competitor’s bikes. Price Rs: 136,500 in Pakistan.

Yamaha Introduced this family traveler motorcycle YB125Z. fuel tank graphic is an attractive visual worthy of a Yamaha motorcycle. The new bike has also been launched along with an exclusive and all-new TVC. It highlights the main features that make the new YB125Z much more interesting. 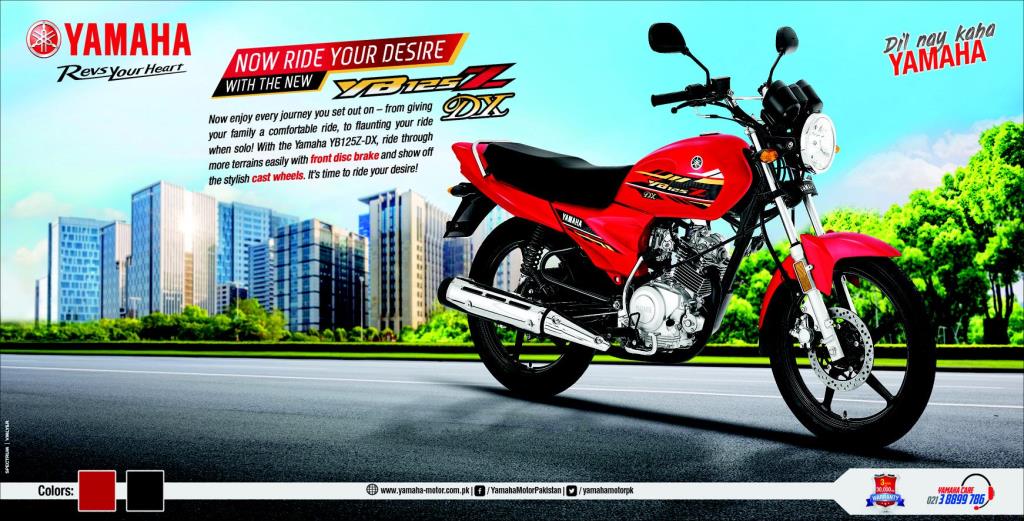 New Yamaha YB125Z is available in Three-color like Blue, Red, and Black. 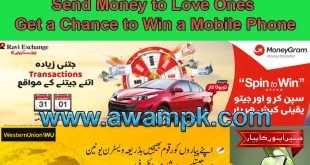 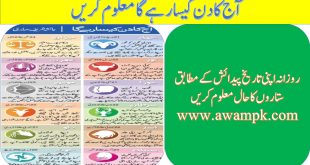