Multan: Wifaq-ul-Madaris Al-Arabia Pakistan has announced the result of annual examinations 2018 today on 15th May 2018. General secretary WMAP Maulana Hanif Jalindhary told a news conference here that total 212,490 candidates, including 111,909 girls and 100,581 boys, had appeared in examinations and out of whom 176,880 were declared successful recording an overall pass percentage of 83 per cent.

Wafaq ul Madaris Al-Arabia, Pakistan founded in 1957 in West Pakistan is the Largest federation of Islamic Seminaries around the world. More than 10,000 Seminaries and about 8,000 Iqra Schools across the Islamic Republic of Pakistan are affiliated with the federation. It controls all the seminaries which are run by Deoband School of thought. Deobandi School of thought is supposed to be country’s most powerful and dominated school of thought.
A renowned Hanafi Scholar Molana Saleemullah Khan is the president and Qari Muhammad Hanif Jalandhari is general sectary of the federation. The head office of Wafaq ul Madaris is situated in Multan.

Pass percentage among girls was recorded at 85 per cent and among boys 81 per cent. Candidates from 5,027 Madaris participated in Dars-e-Nizami and 6,586 Madaris in Tafheez-ul-Quran examinations. Total 1,366 examination centres were set up in four provinces besides AJK, tribal areas and Gilgit-Baltistan and 7,494 people were deputed to conduct these examinations. 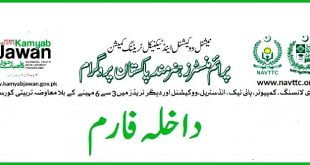