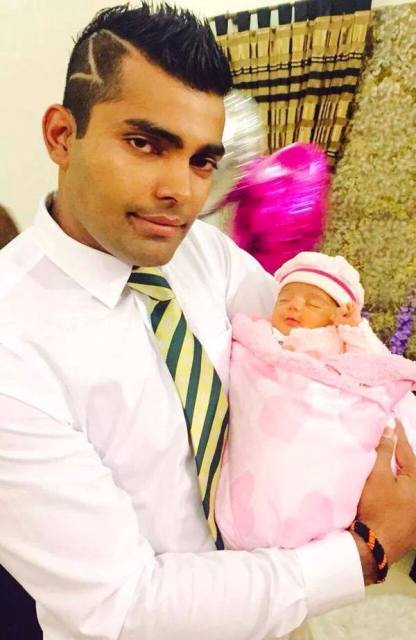 Harleen Umar is First daughter of Umar Akmal and we Share Latest Pictures on this page for Fan who want to see her Pictures. Allah has blessed Umar Akmal with Baby daughter.

Umar is very happy on her Birth and Hopeful to Play well in world cup and will make good record.Umar Akmal married Last Year 2014 in April with Noor