The “Twilight” teen movie vampires sucked more money out of theaters over the weekend, leading James Bond, Brad Pitt and the rest of box office pack with $17.4 million in U.S. and Canadian ticket sales and scoring its third weekly win.

Pitt’s new movie, the small-budget gangster film “Killing Them Softly,” bombed with filmgoers who panned it with a rare “F” grade on average in polling by audience survey firm CinemaScore. The movie landed in seventh place with $7 million in ticket sales at domestic theaters.

The results were much brighter for “Breaking Dawn – Part 2,” the fifth and final film in the “Twilight” vampire and werewolf saga, which has earned $254.6 million at North American (U.S. and Canadian) theaters since its smash debut on November 16.

A week ago, “Breaking Dawn – Part 2” and “Skyfall” helped push the five-day Thanksgiving weekend to a box office record. The success of the two films, plus upcoming releases such as fantasy prequel “The Hobbit” and musical “Les Miserables,” are likely to power 2012 ticket sales to an all-time high, according to industry forecasts.

As of Sunday, year-to-date sales were running 5.9 percent ahead of the same point in 2011 at $9.9 billion, box office tracker Hollywood.com said.

Critics were kinder than audiences to Pitt’s “Killing Them Softly.” Seventy-nine percent of reviews collected on the Rotten Tomatoes website applauded the film, which blends a violent but comic gangster story with criticism of politicians’ failure to address the economic crisis.

In the movie, Pitt plays a hitman brought in by mafia bosses to eliminate a group of thieves who raid a high-stakes poker game. The film is set in an unspecified U.S. city marked by abandoned houses, closed shops and petty criminals and mobsters trying to get by.

The Weinstein Company distributed the movie, which was produced for less than $20 million by Annapurna Pictures, Inferno Entertainment, and Pitt’s production company, Plan B Entertainment.

In the No. 4 slot, family movie “Rise of the Guardians” captured $13.5 million. The Dreamworks Animation film has taken in $48.9 million since its Thanksgiving weekend debut, one of the slowest starts for a movie from the studio behind “Shrek” and “Kung Fu Panda.”

“Guardians” features the voices of Chris Pine and Alec Baldwin as the Tooth Fairy, Santa Claus and other childhood favorites who save the world.

Rounding out the top five, survival story “Life of Pi” earned $12 million and fifth place. The critically praised film from director Ang Lee is based on a book about a boy stranded on a boat with an adult Bengal tiger. Its two-week domestic total reached $48.4 million.

The other nationwide release, horror thriller “The Collection,” took in $3.4 million and finished in tenth place. The movie, a sequel to 2009 movie “The Collector,” tells the story of a serial killer who kidnaps women. 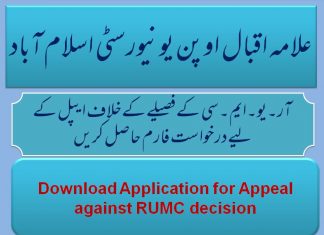 Allama Iqbal Open University (AIOU) Islamabad has given the decision against students. Students face Problems during aiou examination, some time due to mistake students... 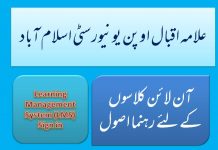 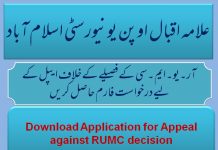