SOCHI, Russia: Music, dance and abundance of Russian bravado unleashed the eventual attainment of Vladimir Putin´s Russia on Thursday a Winter Olympics to showcase the most excellent athletes on ice and snow that the world has to offer.

The opening ceremony on the border of the Black Sea and subsequent games are Russia´s possibility to tell its story of post-Soviet resurrection to the world, and drive out the anger, fear and distrust that has stained the buildup to these most expensive Olympics ever.

After the sun set over the Caucasus Mountains and along the seashore just outside Fisht Stadium in the wet-paint-fresh Olympic Park, Russian TV star Yana Churikova shouted to a pre-show mass still taking their seats: “Welcome to the center of the universe!”Soon to come are the athletes, in the traditional parade of nations that marks every opening ceremony.

Some 3,000 will compete in 98 events, more people and events than ever at the Winter Games.

The ceremony is crafted as a celebration of Russia and is presenting Putin´s version: a country with a rich and complex history emerging self-confidently from a rocky two decades and now capable of putting on a major international sports event.

And it didn´t take long for that classic Russian pride in their nation to come shinning through.

As Churikova rallied the crowd to scream “louder than ever,” she told the 40,000 fans in their cool blue seats their keepsakes from the night would last 1,000 years.

When explaining the show would be hosted in English, French and Russian, she joked that it didn´t matter, because in Sochi, everyone “speaks every language in the world.

“Not on the set list: Putin´s repression of dissent, fears of terrorism and inconsistent security measures at the Olympics, which will take place just a few hundred miles (kilometers) away from the sites of an insurgency and routine militant violence.

And the unpaid refugee workers who helped build up the Sochi site from scratch, the disregard for local residents, the environmental abuse during construction, the pressure on activists, and the huge amounts of Sochi construction money that disappeared to corruption.

The show cleared its first chance to focus on one of those issues without so much as a wink, as Russian singers Tatu performed “Not Gonna Get Us” — steering clear of the very real anger over a Russian law banning gay “propaganda” aimed at minors that is being used to discriminate against gays.

“For people who don´t know much about Russia, the ceremony´s director, Konstantin Ernst, promised “relatively simple metaphors” — and no obscure references, like the nurses in the London Games´ opening ceremony representing the National Health Service, which he called one of the most “incomprehensible” moments in Olympic history.

Ernst said Tatu´s “Not Gonna Get Us” was chosen because it´s one of the only Russian pop songs that international viewers might recognize.

Ernst also argued the choice of Tatu´s song was about motivating athletes with an upbeat dance song that challenges competitors by saying, “You´re not going to get us.”Putin referred to none of that when speaking to IOC members and nearly 20 world leaders at a dinner late Thursday, instead stressing the importance of “mutual understanding, justice, and pacifism.

“”I´m feeling especially positive energy,” he said. Despite hang-ups with some hotel rooms and last-minute construction problems, he said he hopes these games “allow people to appreciate our organizational capabilities and our traditional Russian hospitality.

“While some world leaders stayed away, U.N. Secretary-General Ban Ki-moon was in Sochi and made a video speech just before the start of the opening ceremony´s main show.

Ban has spoken out about the anti-gay law, but did not refer to it at the opening ceremony.

Ernst said the opening and closing ceremonies will make reference to the 1980 Moscow Summer Olympics, which some view as the first time the opening ceremony became such a big deal.

The show will be focused on TV audiences, with projections onto the stadium floor, so fans in the stands won´t enjoy the full effect.

Asked whether Putin might arrive at the ceremony from the air, like stunt actors playing James Bond and Queen Elizabeth II did at in London, Ernst said, “it´s hardly worth hoping for that.

“The Winter Games ceremony is generally a more low-key event than the summer opener. Ernst said organizers tried to keep it from dragging out too long, since most viewers only care to watch their own team and its key rivals.

But who will carry the Olympic torch to light the cauldron for the games, after the flame´s unprecedented journey to the North Pole, the cosmos, Europe´s highest mountain peak and beyond?”It´s the biggest secret ever,” Ernst said, with a smile. 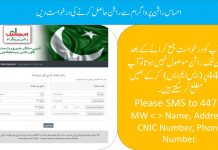