KARACHI: Sindh Festival starts from 1st February to 15th February 2014.Pakistan People’s Party (PPP) Chairman Bilawal Bhutto Zardari said on Tuesday the Sindh Festival is a ray of hope and it will bring Mohenjodaro and Makli back to life.

The Sindh Festival is a project initiated by the Pakistan Peoples Party’s patron-in-chief Bilawal Bhutto Zardari, aims to ‘revitalise the long-lost culture of harmony and peace’ of the province. During the festival, fireworks will light up the skies of Karachi, Hyderabad, Sukkur, Larkana and Thatta at 10pm sharp – a first in Sindh.

He said the festival will become an annual event. Bilawal said, “We are proud of our old heritage and will protect it.”He said: “Our civilisation is under threat because of the Taliban. We will fight against terrorism.”

Every event and decision is being overlooked by Bilawal and while there is no apparent team in place to organise the event, his foreign friends are also said to be helping with the festival.

He said the world would see how deep our roots are. He added: “We will tell the world that we are not as we are presented.”The PPP leader claimed that militants want to take everyone back to stone age, but ‘we’ will not bow before the terrorists.

Bilawal said that we were civilised 5,000 years ago, which they (militants) are far from even.Bilawal Bhutto Zardari repeated “Marsoon Marsoon, Sindh Na Daisun.”

With a promise to bring the ‘Mound of the dead’ back to life, the festival will kick start with a star-studded opening at the Mohenjo Daro in Larkana. “First time ever, one of the oldest civilisations of the world will be lit up. The place holds a lot of significance – we should revisit our roots and revitalise them,” said Alam, adding that a huge display of fireworks and laser lighting would be part of the night – all available for the people in their homes to see on live television. “We are still tweaking the final details which is why we can’t disclose too much information. Some of our prestigious guests are flying in from all over the world and we have rented a plane to commute them back and forth out of Karachi for events,” he added.

Fuzon and other musicians are expected to perform at the ceremony while singer and comedian Ali Gul Pir will also unveil his song for the festival. “The diverse cultures of our land should be celebrated, not used as an excuse to divide the nation. I am proud to be part of an initiative that strengthens our bonds with Sindhi culture and ultimately celebrates the diversity of Pakistan,” Pir said while talking to The Express Tribune. “My song for the festival promotes Sindh’s culture and its union with Pakistan. For more, you’ll have to wait for the super saeen to take the stage!”

The largest family park in South Asia sprawled across 130 acres, Bagh Ibne Qasim, will be the epicentre for the festival. The FestivalCity, the makeshift point for festivities from February 2 till February 15, will have four separate enclaves – Sindh enclave, international enclave, food enclave and children enclave. The Sindh enclave will feature the province’s specialties, such as ajraks, topis and cultural artifacts.

“We will have banners and posters across the park’s walls to give marketing space to our sponsors,” Alam said, adding that a huge screen might also be set up at the park for cinema viewing under the sky.

Perhaps one of the most unique features of the festival is a peek into the late Benazir Bhutto’s private art collection. Bilawal has agreed to display 100 art collections of the former prime minister and leader of Pakistan Peoples Party at the Frere Hall.

Karachi’ites will also get to celebrate Basant as an official event, scheduled to be held on Saturday night and Sunday morning, February 8 and 9, at the Sea View. Boasting big name from across the border, Basant in Karachi is expected to be attended by Bollywood singer Mika Singh and Bhangra king Sukhbir Singh.

Director Assad Zulfikar Khan, an upcoming filmmaker, has been tasked with looking after the International Film Festival, which is being held in collaboration with the Raindance Film Festival based in London. According to Khan, it will feature numerous award-winning films along with local film entries. A competition has also been planned to boost the enthusiasm of amateur filmmakers and the film industry of Pakistan.

The fashion festival will feature works by designers exclusively on Sindhi theme. The event, however, is not being looked after by Karachi’s own fashion gurus – instead, its management has been given to the son of the late Salman Taseer, Sheheryar Taseer.

To bring back some indigenous music and poetry, a grand Mushaira will be held in Karachi on February 3. Meanwhile, local Sindhi singers will go on a 12-city tour between February 2 and February 15.

Known to be Asif Ali Zardari’s favourite sport, horse and cattle grand prix will take over the streets of Hyderabad on February 2 as part of the festival.

On the streets of DHA Phase VIII, a donkey derby with participation of Lyari residents, will take place on February 4. The donkey carts will be painted in neon colours while the jockeys will wear hi-tech gears. “Lyari’s residents are excited about this already – they have prepared their carts and we will facilitate them with hi-tech attire and props,” said Alam. A deep sea fishing tournament is also scheduled to be held on February 6 at Mubarak village.

A professional cricket tournament is also part of the festival for sports enthusiasts. The series has already started and the finalists will play at the the Moin KhanAcademy on February 13.

The closing ceremony will be held right next to the KeenjharLake in Thatta in an open ground. With lights, live music, fireworks and celebrities, the organisers hope to end the festival with a bang. Artists Atif Aslam, Ali Azmat, Bilal Khan, Asim Azhar and others are expected to perform live at the ceremony. 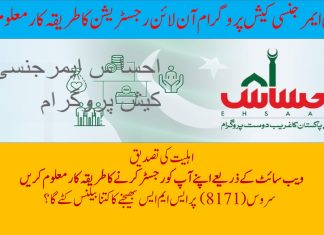