National testing Service of Pakistan will announce the result of Rescue 1122 NTS Recruitment Skill Test which was held on Friday 9th September, 2016.

Rescue 1122 has already announced interview Dates and you will pass to attend this Skill test if you fail in this test return back to home and not Qualify for Interview. 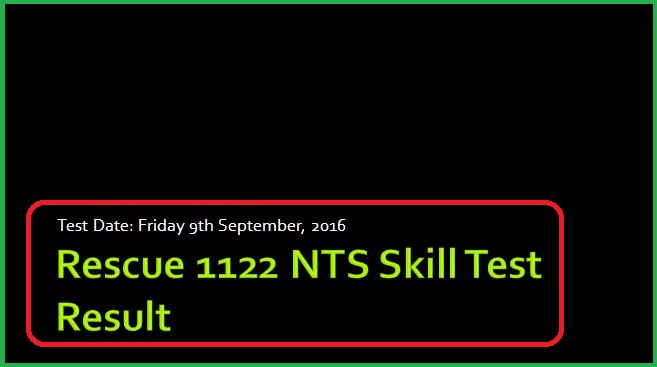 rescue 1122 skill test Result declared. you can check below and find you name in the list of pass/fail candidates. rescue 1122 CTWOs typing skills test Result 2016