Prime Minister Imran Khan will address the nation tonight on 2nd October 20120. According to Special Assistant to Prime Minister on Political Affairs Naeemul Haque, PM Imran Khan will address at 10:30 pm and take the nation into confidence over the current political and economic situation. PM would discuss the country’s overall situation, economic issues, and its causes in his address.

The address by the prime minister comes after Pakistan Tehreek-e-Insaf-led federal government on Tuesday unveiled an Rs7, 022 billion austerity budget for the fiscal year 2020-21. The government set determining tax revenue targets to stabilize a faltering economy in the budget.

Forty Rules of Love is a masterpiece by the famous Turkish and English novelist Elf Shafaq, in which he describes the friendship and mysticism of Maulana Jalaluddin Rumi and Shams Tabriz. The 800-year-old love of Rumi and Shams is written in a very interesting way through a 21st-century character. 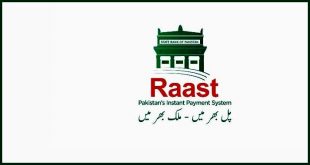