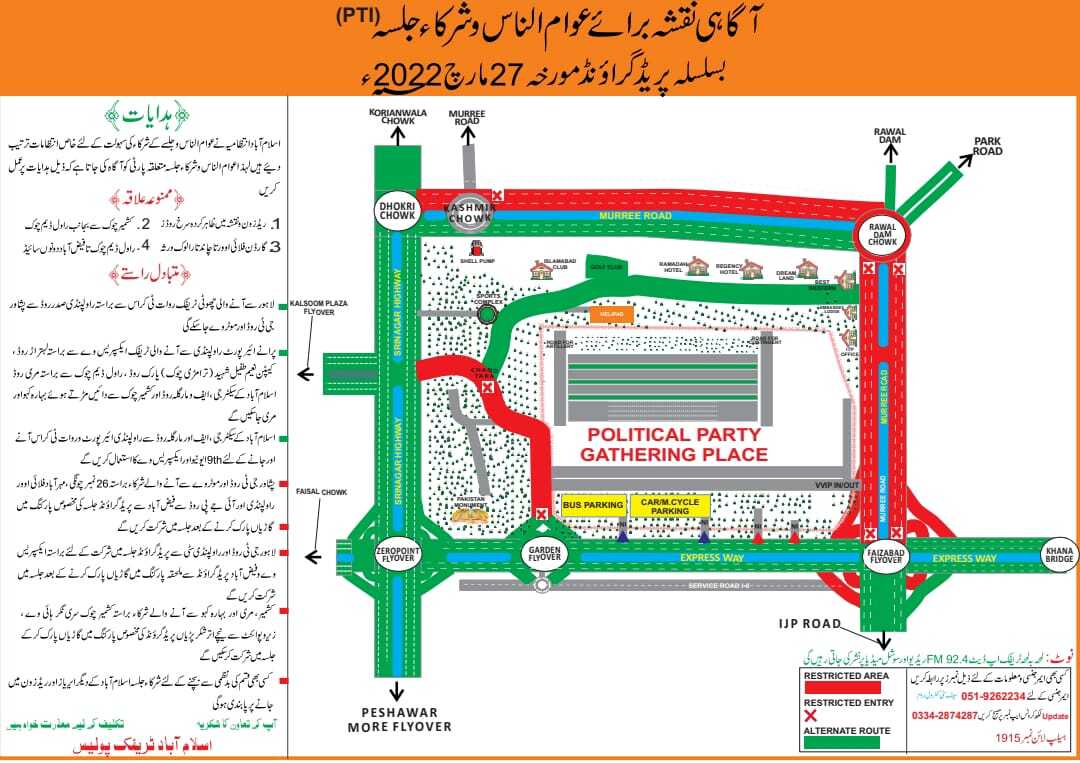 A traffic plan has been issued for the meeting of Jamiat Ulema-e-Islam (JUI-F) on Srinagar Highway. According to which, from Srinagar Highway Project turn to Ninth Avenue flyover will remain closed and all other roads except red zone will remain open.