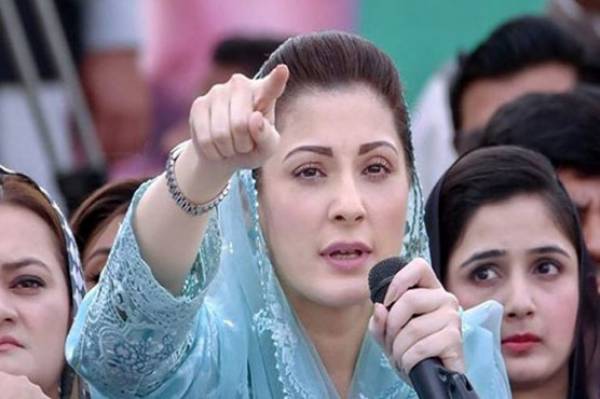 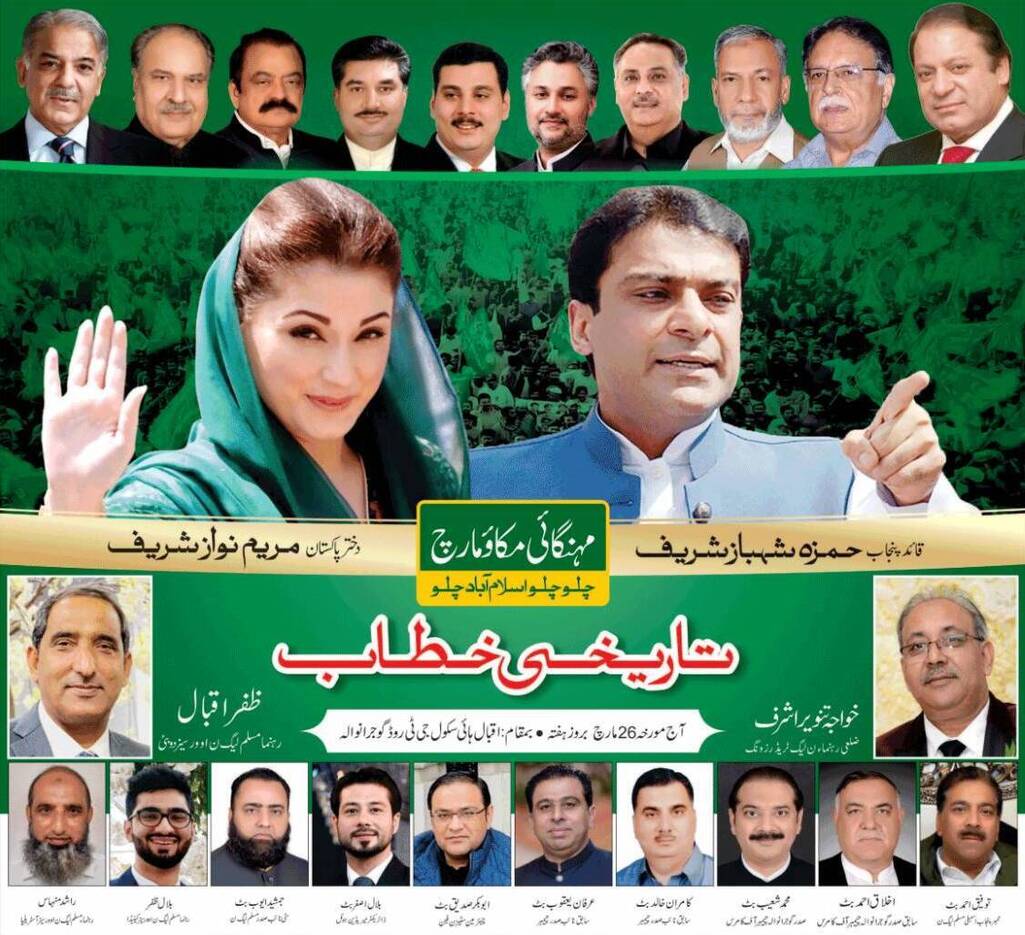 The caravan will leave Islamabad on the morning of March 27 and stay in Islamabad for two or more days. The schedule has been issued with the approval of PML-N’s lifelong leader Nawaz Sharif and President Shahbaz Sharif in this regard. 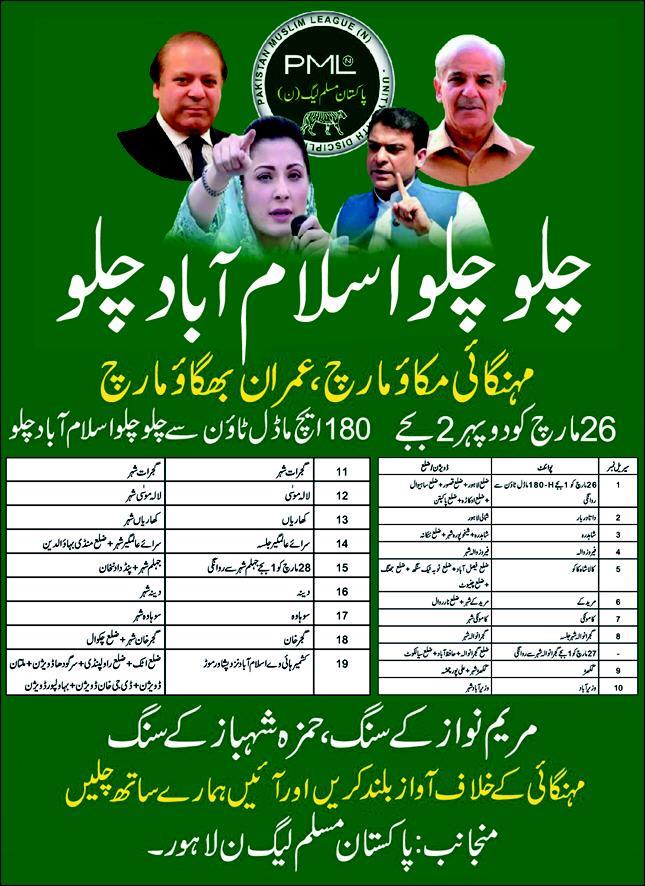