Pakistan vs Zimbabwe Cricket Series will start on October 30, 2020, and end on November 10, 2020. Pak vs Zim Cricket Series included three One International Matches which will be played in Multan and Three T20 international matches that will be played in Rawalpindi City. Cricket Fans get complete Pak vs Zim Schedule October/ November 2020 from our page. Babar Azam will lead for the first time in Multan’s ODI against Zimbabwe.

Misbah-ul-Haq, the chief selector of the Pakistan Cricket Board (PCB) and head coach of the national cricket team, is in favor of giving more opportunities to young players instead of seniors in the series against Zimbabwe. Pak vs Zim match schedule is given here. The PCB had announced the appointment of coaches for the provincial teams while Misbah-ul-Haq was in England. These coaches are also part of Misbah-ul-Haq’s selection committee. The selection of coaches was discussed but no formal meeting has been held with Basit Ali, Faisal Iqbal, Mohammad Wasim, Shahid Anwar, Abdul Rehman, and Abdul Razzaq yet and only after this meeting the list of players can be finalized.

Pak vs Zim Match officials has been announced for three ODIs and three T20 Internationals against Pakistan and Zimbabwe. Match officials have been announced for 3 ODIs and 3 T20 Internationals against Pakistan and Zimbabwe. Aleem Dar will officiate in five of the six matches in the series, which runs from October 30 to November 10. The three-match ODI series in the ICC Men’s Cricket World Cup Super League will be played in Rawalpindi while the three-match Twenty20 International series will be played in Lahore.

The first match of the ODI series will be played at the Pindi Cricket Stadium on October 30, with well-known English commentators Alan Wilkins, Rameez Raja, Bazid Khan, and former Zimbabwean player Tenu Moyo acting as commentators. Former national cricket team captain Wasim Akram will only comment on the T20 series, while Urooj Mumtaz will only comment on the game during the ODI series. The Pakistan Cricket Board, in collaboration with Tower Sports and Sports Works, will do the HD production of the event itself.

The ICC has appointed Professor Javed Malik as the match referee for the series. He is part of the ICC’s International Panel of Umpires. This will be the 50th T20 International match for Ahsan Raza, who will be the on-field umpire in the second T20 match of the series. He will become the first umpire to win the award in T20 cricket. Aleem Dar is second on the list. He has played these roles in 46 matches.

Shoaib Raza and South Africa’s Shaun George are fourth on the list with 36, 36 matches. Former first-class cricketer Ahsan Raza began his umpiring career in February 2010 with an ODI match against Afghanistan and Canada at the Sharjah Cricket Ground. That same year, he embarked on a journey in this format with the T20 International match between Pakistan and South Africa in October in Abu Dhabi. The 46-year-old umpire has played in a total of 85 international matches so far. The Zimbabwe Cricket Board has announced a 20-member squad for the tour of Pakistan, which will be led by Chamu Chiba. The visiting Zimbabwean cricket team, led by Chamu Chibaba, will arrive in Pakistan on October 20 and play a series of three ODIs and the same number of T20 matches against Pakistan.

Zimbabwe is considered a weaker opponent than other teams but the opponent in cricket should not be taken lightly. In white-ball cricket, one or two players change the map of the game. The team announced by Zimbabwe also has cricketers who give a tough time to Pakistani bowlers.

Pakistan should come out with a better combination against Zimbabwe, not make many changes for ODIs, but give confidence to young players in the T20 format to boost their confidence. Haider Ali, Zeeshan Malik, Abdullah Shafiq, Pakistan has got a tremendous talent for T20. Haider Ali has already made his mark. Other youngsters will also have to groom. Let’s work for Pakistan cricket. 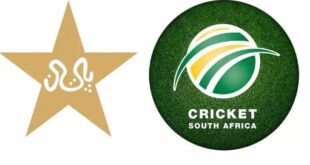