The Azadi Train is prepared by the Pakistan Railways to mark the 73rd Independence Day of Pakistan. The Azadi train consists of five art galleries, illustrated with pictures of people who sacrificed their lives during the independence movement, while six floats are also part of the train. Sacrifices of Pakistan Armed Forces and Indian aggression in Indian-held Kashmir (IHK) have also been displayed at the picture galleries. The floats highlight the culture of Punjab, Khyber-Pakhtunkhwa, Sindh, Balochistan, Gilgit-Baltistan and Azad Kashmir.

The train will leave Islamabad at 12:30 pm for its journey on 12th August 2020 and reach Peshawar at 4:30 pm on the same day. It will restart its journey at 10:30 am on the next day from Peshawar and arrive at Rawalpindi at 7:15 PM, where it will stay for two nights. The train will again set off at 9:15 AM on 15th August for the next destination of Lahore where it will reach at 10 pm.

It will stay at Lahore station for two nights and leave for Multan at 9am on August 17. It will arrive at Multan at 11:30pm and after one night stay, start its journey at 9am and reach Khanpur at 7:19pm on the same day. The Azadi Train will stop at Khanpur for one night and on August 19 at 8:30am, it will depart Khanpur for Sukkur, where it will reach at 8pm. 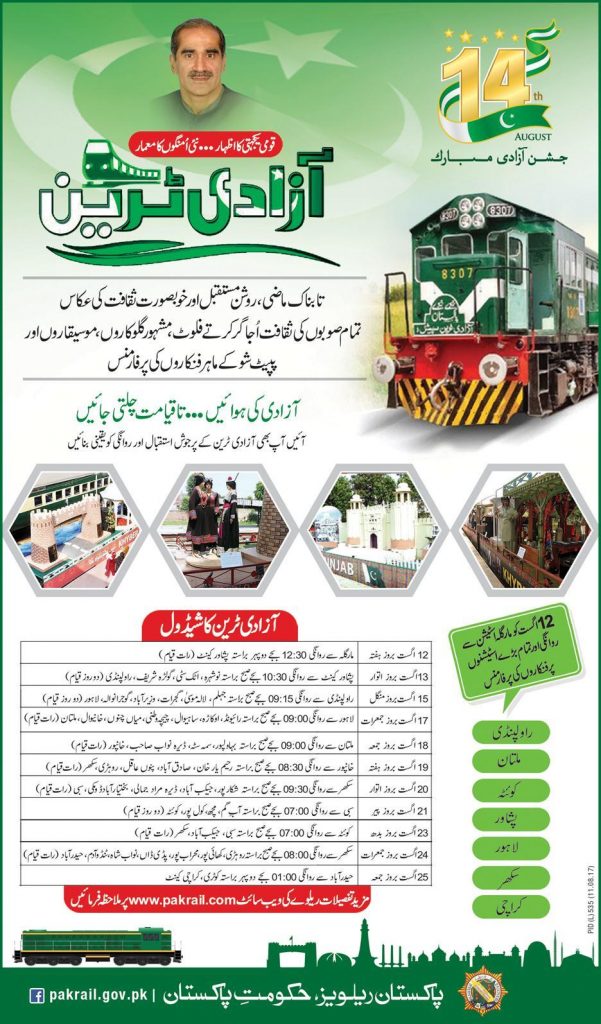 The train will conclude its journey at Karachi at 6pm on 25th Aug 2017. Pakistan Railways police will provide special security to the train with the help of local police. 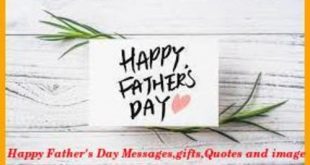 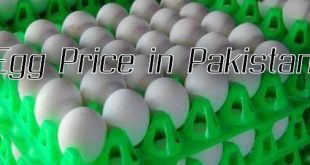