The Ministry of Defence initially is called Defence Ministry which is a Cabinet-level ministry tasked with coordinating and supervising all major government agencies and federal departments of the government relating directly to National security and the Pakistan Defense Forces. The MOD plays an integral role in allocating and formulating the defence budget and pertains military exercises to all the branches of Pakistan Armed Forces engaged in the defense of the country. The organization and functions of the MOD are set forth in the Part XII, Chapter II (Miscellaneous) of the Constitution.  The MOD is responsible for defending the State of Pakistan from external military and non-military threats. The MoD’s political executive figure is known as Defence Minister (Def Min), and the current Def Min is Parliamentarian Khawaja Mohammad Asif. The MOD is an evolution and derivative of Ministry of Defence of British Indian Empire. MoD is a high-profile government portfolio, and is directly related to the Pakistan’s Armed Forces, where number of its military officers served with the civilian officers. The MoD is a major tenant of the Pakistan Armed Forces buildings located at Rawalpindi, Punjab Province, and it has three main buildings: The Generals Combatant Headquarter (GHQ), Air Force Combatant Headquarters (AHQ), and the Naval Combatant Headquarter (NHQ). Among the many MoD departments are Military Lands and Cantonments Department (MLCD), Pakistan Civil Aviation Authority (CAA), Airports Security Force, DESTO, Pakistan Intelligence Bureau, and the Naval Intelligence Bureau. The MoD also operates civilian joint institutions, including the Defence and Strategic Studies Department at the Quaid-i-Azam University.

Government of Pakistan has announced Latest Vacancies in Ministry of Defense, Military Land and Cantonment Department and You Can Apply Online  for these jobs.

Last Date to Apply for Recruitment test through NTS (National Testing service) till 28-09-2015. 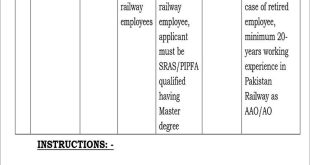 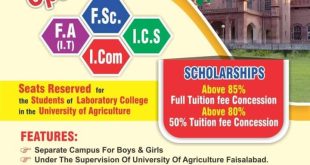