Pakistan Air Force offers you not only a job but a promising career as well. It offers a range of work experiences that you can put to use in building a successful career. Whether you have done FSc or about to earn a graduate degree in Engineering, Medical and Information Technology etc., a career is waiting for you in PAF. Being a pilot, PAF makes you rise high in your career and test your potentials; being an Engineer or Doctor, PAF provides you all the opportunities to excel in your profession. It is not all about aircraft or pilot, PAF makes you stand out in a number of disciplines and occupations wherein you not only earn professional efficacy but also grow personally with a sense of achievement. We provide you career according to your interest and aptitude.

Qualifications: MBBS minimum 2nd Division or equivalent qualifications from a Pakistani / Foreign medical college / university recognized by the Pakistan Medical & Dental Council (PM & DC), having completed minimum one year house job in an institution recognized by PM & DC. Preference would be given to those who have relevant field experience after house job.

Candidates who will temper his/her original academic certificates, conceal or give wrong information to gain undue advantage, his candidature will be cancelled and declared permanently ineligible for all types of commission in the Armed Forces All candidates aspiring to join PAF must be in possession of NADRA smart card from October 2022 onwards.

READ BEFORE REGISTRATION
NOTE
Candidate must be in possession of Computerized National Identity Card (CNIC) or Computerized Form “B”. Candidates with dual nationality will have to surrender their foreign nationality before joining the course.

CONDITIONS
candidate with specific higher qualification, who is rejected once by ISSB for PMA / Graduate course or equivalent Naval / PAF courses and once rejected for specific higher qualification entry, will not be eligible for third chance Candidates tested within four months (120 days) gap of previous appearance (for Not Recommended candidates) Candidates tested within one year validity period (as validity of ISSB / GHQ / AHQ selection board stands for one year) Candidates declared unfit by any Armed Forces hospital (CMB / CMH) except those declared medically fit by Appeal Medical Board (AMB). The candidates declared unfit by CMB / CMH are to remain ineligible until they are declared fit by Appeal Medical Board (AMB) Candidates permanently declared unfit by Appeal Medical Board
Candidates declared medically unfit due to Hepatitis B and C (AMB cannot be requested)
Candidates dismissed / debarred / removed from Government services including Armed Forces
Candidates withdrawn from any bonded Armed Forces Colleges / Institutions on disciplinary grounds
Candidates withdrawn from any Academy / Training Institution of Armed Forces on any ground
Candidates convicted in a court of law for an offence involving moral turpitude
Candidates who will temper his/her original academic certificates, conceal or give wrong information to gain undue advantage, his candidature will be cancelled and declared permanently ineligible for all types of commission in the Armed Forces Thrice screened out by Army / Navy / Air Force during preliminary selection stands ineligible 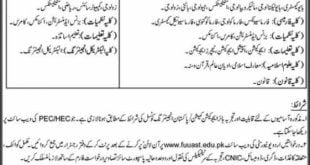