SYDNEY: Pak vs Aus 1st Test Cricket Match in Brisbane on 21st to 25th November 2019. Australia’s 14-man squad announced Thursday to play Pakistan in two Tests, starting in Brisbane next week followed by Adelaide. Australia batted in response to Pakistan’s 240 runs in the first innings. Australia’s confident batting continues in response to Pakistan’s 240 runs in the first Test between Pakistan and Australia in Brisbane. On the second day of the Test, Australia started the innings by David Warner and Joey Burns. The opening partnership was established after which Joey Burns was dismissed for 97 runs off Yasir Shah, but David Warner completed the century and is still on the wicket.
Australia has scored 245 for one wicket while Pakistan is still leading by 5 runs.

The Pakistani team had made only 240 runs in the first innings of the test match, Asad Shafiq scored 76 runs from Pakistan. For Australia, Mitchell Starc scored 4, Pete Cummins 3, Hazel Wood 2 and Nathan Lyon took one 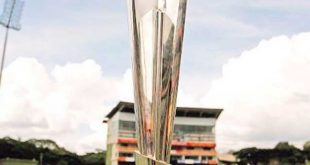