Pakistan Air Force College, Sargodha is located in Punjab, about 121 miles from Lahore. The institution, which was then known as RPAF School, Sargodha, which was established in 1953, was basically meant to prepare and groom young boys to become competent and patriotic men to assume Key positions, especially in the Armed Forces of Pakistan, Business and Civil Service was inaugurated on 16th December 1953 by the Governor of Punjab, Mian Amin ud Din. The PAF School became a College in 1960 and an Academy, in 1973. In 1993 it was decided to revert the institution to a College, as it was in this capacity that it had played a key role in grooming students to become future leaders. 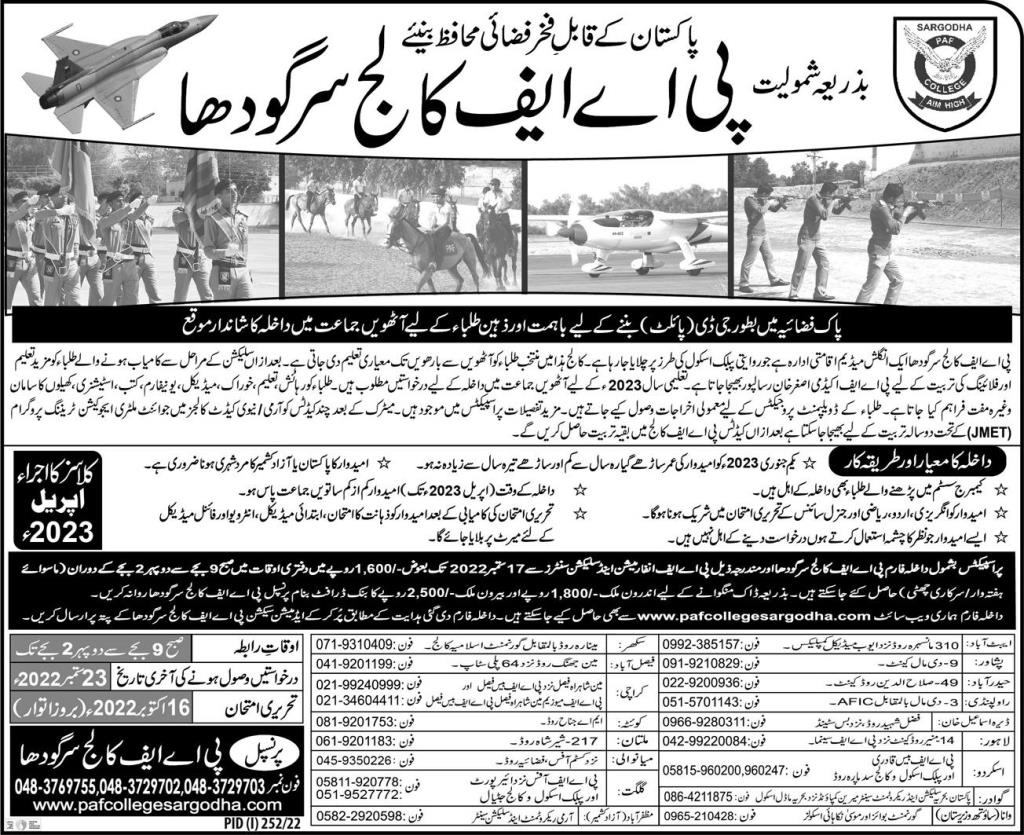 Admission to the College is made once a year in Class VIII according to the conditions given below:

Not to be under 11.5 years or over 13.5 years of age on 1st January of the year of admission. No relaxation whatsoever of the age limit is permitted. During selection, the candidate should be in Class. The candidate must have passed Class VII at the time of joining the College. Must be a male citizen of Pakistan or Azad Kashmir.

Written Test and Interview
Candidates will be required to appear in three written tests, i.e., a combined test for English and Urdu, a combined test for Mathematics and General Science followed by an Intelligence Test. All the tests shall take place on the same day. English/Urdu and Mathematics/General Science papers will be of two-hour duration, while the Intelligence Test will be of 20 minutes. For the convenience of both English and Urdu Medium boys, the Mathematics and General Science papers may be attempted either in English or in Urdu.

The Entrance Test for the College is a competitive examination. The syllabi given in the Prospectus are meant only for the general guidance of the candidates. While by and large the questions in the subjects concerned may be based on the syllabi in vogue in various Textbook Boards in Pakistan, questions may be set in any form in any paper maintaining the basic features of the prescribed syllabi in each subject.

The first one thousand candidates qualifying the written test will be called for the interview. Selected candidates shall be given a medical test of the GD(P) standard. Only those candidates who are found medically fit will be considered for admission. 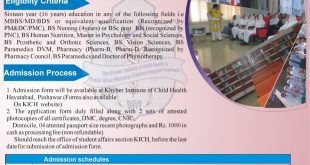