Office of the Military Accountant General of Pakistan NTS Jobs 2019

Office of the Military Accountant General of Pakistan NTS Jobs 2019 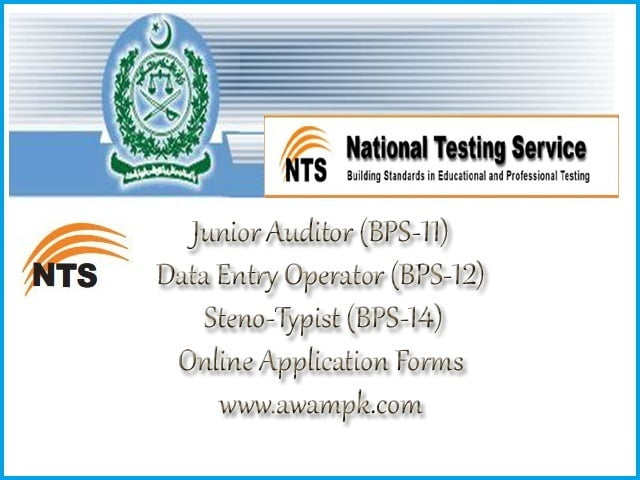 How to apply for Junior Auditor Jobs
Candidates are directed to Fill Online Application form for the desired Post in which they possess the required qualification. When Online Filling of form is done Click on the Submit Button and Both The Filled Form and Challan Slip will be shown, Print Both Documents and Deposit The Challan fees in any online branch in Pakistan of the ABL, HBL or MCB and Attached the NTS Copy along with Application form and Send it on NTS Headquarter at 96 Street # 04, Sector H-8/1, Islamabad.


General Age Relaxation of 05 Year is already included in the age policy. Disabled, Minorities and Transgender can also apply for these jobs according to prescribed quota. Attachment of your Educational Certificates with the Application form is not needed. These will be demanded in later stages.

Advertisement Office of the Military Accountant General of Pakistan Jobs 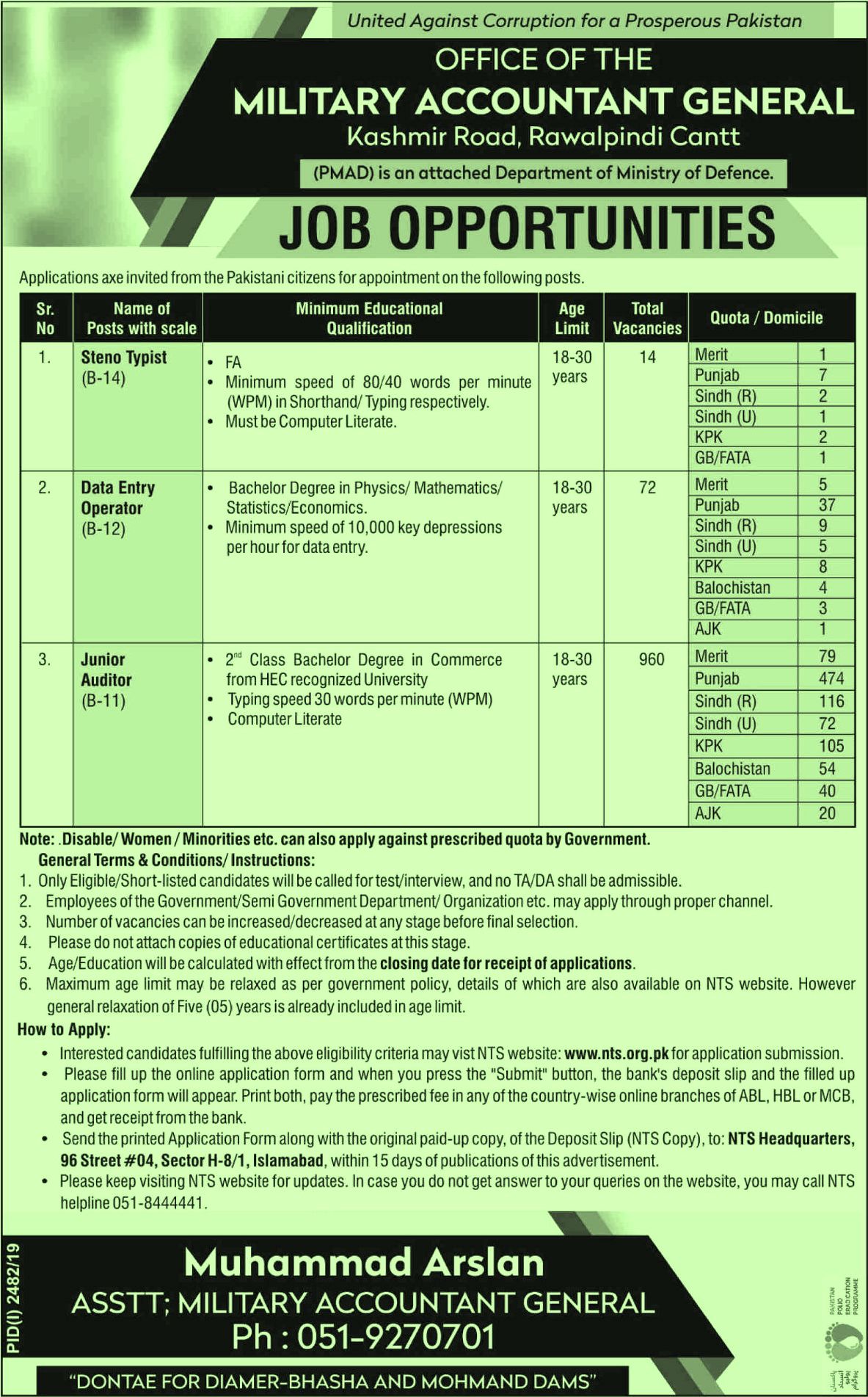