National Defence University (NDU) has open Admission in BS,M.Phil and PHD Programs in Fall semester 2018. National Defence University (NDU) offers admissions in BS(4 Years), M.Phil, MSPM & Ph.D at Faculty of Contemporary Studies (FCS) twice a year (Spring & Fall). The admission at NDU in FCS is strictly based on the merit. The University is open to all persons irrespective of gender, religion, race, creed, color or domicile. Admission shall be granted on the basis of eligibility criteria of the university. Applicants who have appeared in pre-requisite level examination prescribed for admission in a program and are awaiting results (for MSc only) will be provisionally admitted against an undertaking that they will pass their examination as per admission criteria. Students are required to submit attested copies of their certificates/degrees within four weeks of declaration of results, failing which the University will cancel their admission. Only those students who have completed all the formalities and deposited their fees and other dues on the prescribed date are eligible for registration. Each student, admitted on the merit, is expected to take the full load of the courses prescribed for the semester.

The National Defence University is a publicly funded military institution located in Islamabad, Pakistan dedicated to the study and research in military science, geo-strategy and international relations.
Founded in 1970 as the staff college, it gained university status in 2007 and it is jointly funded by the Education Commission and the Defence Ministry.The NDU provides comprehensive and critical learning in formulating and developing the defence strategy as well national security understanding to joint military leadership of Pakistani military.Chartered by the President of Pakistan as its Chancellor and the Joint Chiefs of Staff, its current president is Lieutenant-General Majid Ehsan.
The university’s mission is to impart higher education in policy and strategy formulation at various tier with emphasis on national security and defence, and act as a national think tank 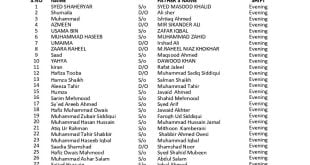 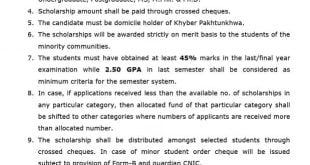