LAHORE: The Lahore High Court has allowed former prime minister Nawaz Sharif to travel abroad for four weeks for medical treatment, further stating that the duration could be extended upon the recommendation of medical professionals. According to the order by a two-member bench after day-long proceedings, Shehbaz Sharif can accompany his brother abroad for four weeks. The court has further ordered the federal government to remove his name from the Exit Control List without any condition of furnishing an indemnity bond. Justice Ali Baqar Najafi and Justice Sardar Ahmad Naeem heard the petition challenging the government’s condition of furnishing indemnity bonds to remove Nawaz’s name from the no-fly list. During the hearing, Justice Najafi remarked that in his opinion, it was not fair for the government to place conditions after the Islamabad High Court had granted bail to the former PM. The Pakistan Muslim League-Nawaz (PML-N) had submitted a plea in the Lahore High court to challenge the government’s decision of furnishing indemnity bonds in order to get one-time permission for Nawaz Sharif to go abroad for treatment. Shehbaz Sharif said that an air ambulance will take Nawaz Sharif to London for medical treatment. who has been diagnosed with an immune system disorder? The PML-N president added that Maryam Nawaz Sharif will remain in the country. 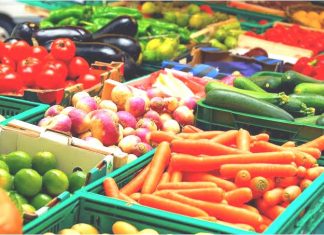 You will get daily Vegetable Price list on Date wise, Retail Price, Wholesale price that is fixed by Punjab government in Sabzi Mandi and...