Fast Fowler Haris Raouf and Muzna Masood Malik’s marriage ceremony will be held in Islamabad, in which friends and close relatives will participate, but before the marriage, Haris’s bride’s preparations photos. The fast bowler got married at a local hotel in Islamabad, which was attended by his close relatives and friends. 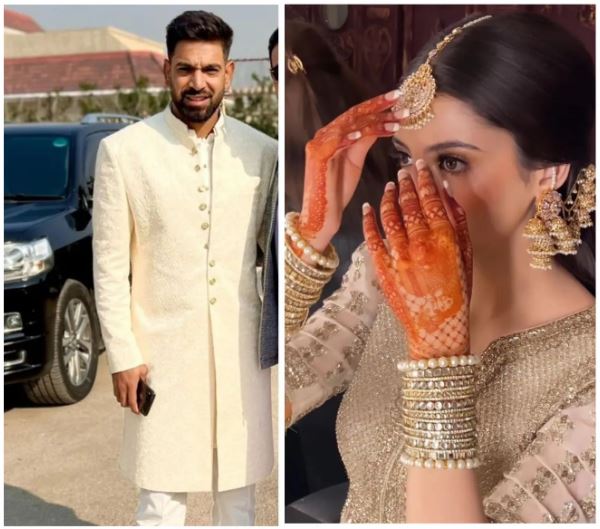 Pakistan Cricketer Haris Rauf got married with his class fellow Muzna Masood Malik in Islamabad. He wore a white traditional sherwani with trousers and black loafers, his wife wear a white dress embellished with golden embroidery. Haris Rauf and Muzna Masood Malik got married today after Zuhr prayer, but Muzna Malik’s departure will be done later. 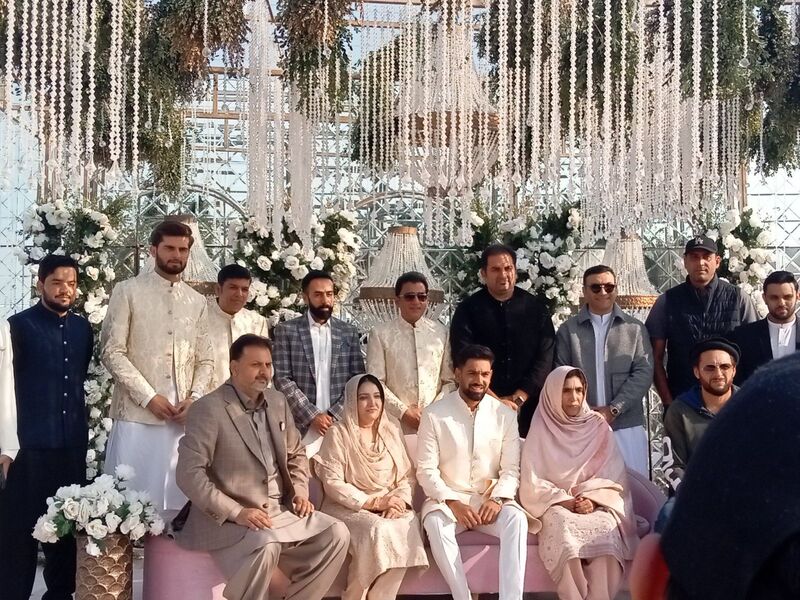