Applications are invited for the following posts in the Federal Civil Defence Training School Abbottabad (under the auspicious of the Directorate General Civil Defence, Islamabad) on a purely temporary basis. Age, Qualification, Experience Domicile etc. prescribed for the posts are mentioned against each.

Terms and Conditions
i. All Recruitment will be made as per Establishment Division Recruitment Policy guidelines dated 22-10-2014 as amended on 21-09-2017 & 04-03-2019.
ii. All candidates shall be allowed 05years general age relaxation as admissible under the Government rules.
iii. The candidates who served in the of Federal Civil Defence Training School, Abbottabad (Project) for more than two years shall have upper age limit relaxation as admissible under rules.
iv. Released / Retired Army personnel of the Armed Forces of Pakistan (10 years or number of years actually served in Armed Forces), whichever is less.
v. Eligible Candidates (both male/female) willing to apply for vacancies announced by Directorate General Civil Defence as mentioned above must apply through online on National Job Portal by searching / Browsing www.niD.QOV.pk within 15 days after publication of Advertisement.
vi. The original testimonials will be examined at the time of interview.
vii. Only the eligible and short listed candidates will be called for test / interview.
viii. No TA / DA will be paid for the purpose
ix. Serving candidates should apply through proper channel.
x. Eligible candidates will be called for test / interview by sending call letters through E-mails.
xi. Department reserves right to increase/decrease No. of vacancies in circumstances. 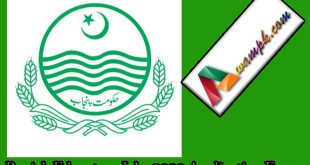