The Faisalabad Institute of Cardiology, Faisalabad invites application for appointment on Adhoc / Contract basis (according to Govt, rules) from suitable candidates for the posts given below as per qualifications and experience indicated against each:- 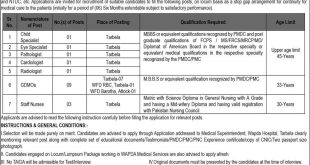 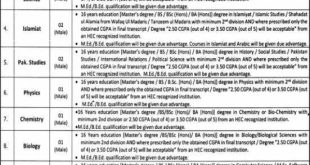