A meeting of the Central Route Hilal Committee will be held in Quetta today under the chairmanship of Chairman Abdul Khabir Azad to observe the new moon of Muharram.

According to another Hadith, it is more advisable that the fast of Ashura should be either preceeded or suceded by an additional fast. It means that one should fast two days: the 9 th and 10 th of Muharram or the 10 th and 11 th . The reason of this additional fast as mentioned by the Holy Prophet Sallallahu Alayhi Wassallam is that the Jews used to fast on the day of Ashura alone, and the Holy Prophet Sallallahu Alayhi Wassallam wanted to distinguish the Islmaic-way of fasting from that of the Jews. Therefore, he advised the Muslims to add another fast to the day of Ashura.

Some Ulama (scholars) are of the opinion that before the fasts of Ramadhan were made compulsory, the fast of the day of Aashora was compulsory upon the Ummah.

This is stated in a Hadeeth reported by Hazrat Aisha (Radhiyallahu-Anha):

“that the Holy Prophet Sallallahu-Alayhi-Wasallam) ordered the observance of the fast of Aashora.  However, when the fast of Ramadhan became compulsory, then whosoever wished, kept this fast and whosoever desired did not observe this fast.”

But, nevertheless the Prophet (Sallallahu-Alayhi-Wasallam) continued to fast this day and encouraged his Companions to do the same. 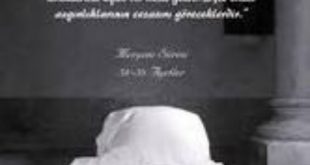