The by-poll of NA-249 seat vacated by the resignation of PTI leader Faisal Wawda will be held today for which polling will start at 08:00 am and will continue till 05:00 pm without any break. The NA-249 by-election is the focus of everyone’s attention at the moment. It is the first election in which all the major political parties are hoping to win and making claims. At least two political parties have fielded only their own during the election campaign. Focused not only on victory but also on the defeat of the opposition parties. Undoubtedly, this election could cause a stir in the country’s politics. In the elections from 1988 to date, the PPP won this constituency once, the PML-N twice, Once MQM, and once PTI won.

The Sindh government has declared a public holiday in NA-249 constituency today in view of by-elections. A notification of holiday has been issued in NA-249 Karachi West District for the convenience of voters.

PML-N has fielded women candidates for both the seats in the by-elections. In the NA-75 constituency, Noshin Iftikhar has been given a party ticket. She is the daughter of late Syed Iftikhar-ud-Din. 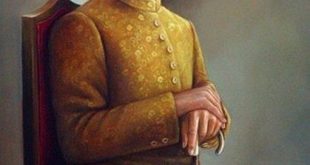