The Election Commission of Pakistan (ECP) has released asset details of Prime Minister Imran Khan and other key politicians. According to the documents released by the electoral body, PM Imran Khan is the owner of ten Lac Rupees worth assets. The prime minister Imran Khan has declared their Assets in Pakistan,  Bani Gala land has received a gift. Former president Asif Ali Zardari owns holdings worth Rs660 million. Zardari owns animals worth Rs10m and arms worth Rs16.6m.Pakistan Peoples Party (PPP) Chairman Bilawal Bhutto Zardari to be the wealthiest among all the politicians with a net worth of Rs1.5 billion. The PPP leader also declared himself as a partner in two villas in Dubai.

Minister for Railways Shaikh Rasheed as an owner of assets worth Rs35m. Minister of State for States and Frontier Regions Shahryar Afridi owns assets worth Rs20m and Defence Minister Pervez Khattak owns possessions worth Rs139m along with Rs25m as bank balance. ISLAMABAD: Famous Pakistani Pop singer Haroon Rashid got married with Farwa in Simple Nikhah Ceremony at home in which only family member participated .He was... 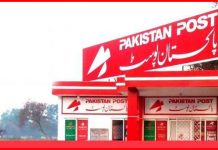