The Election Commission of Pakistan (ECP) will declared the by-polls Election Result on Official website www.ecp.gov.pk. by-election. In the by-election, PTI has a clear lead, PML-N has admitted defeat, according to the unofficial and non-final result, PTI has the lead in 17 seats, while PML-N is ahead in 2 and an independent candidate, Khushab, Multan. In Dera Ghazi Khan, Sahiwal, Leh, Jhang, Lahore PP 158, PP 167 Lahore, Tehreek-e-Insaaf has succeeded in Constituency 170, while the seats of PP 168 Lahore and Bahawalnagar remained in the name of Muslim League-N, one seat. Independent candidates have named themselves.

Polling was held for by-elections on 20 seats vacant due to the de-seating of Tehreek-e-Insaf members. Out of the 20 seats of Punjab Assembly, by-elections were held, 4 in Lahore, 2 in Jhang, Lodhran and Muzaffargarh. While Rawalpindi, Khushab, Bhakkar, Faisalabad, Sheikhupura, Sahiwal, Multan, Bahawalnagar, Leh and Dera Ghazi Khan each have one seat each.

Polling is going on for 20 seats of the Provincial Assembly in 14 districts of Punjab while Section 144 has been implemented to establish law and order in the province. A total of 175 candidates will compete for these 20 seats in the provincial assembly, while a tough competition is expected between the PTI and the Muslim League-N. The total number of registered voters in these constituencies is 45 lakh 79 thousand 898. 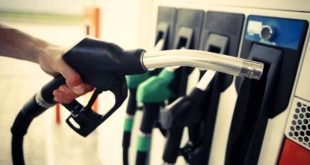