Cadet College Okara, with all its potency, is committed to influence the lives and destiny of the young cadets with a vision to shoulder the national responsibilities in various spheres of life, with unsurpassed honesty, diligence and veracity. The goals like academic excellence, self discipline, moral up-gradation, and physical development are the ones the institute is braced with as integral parts of its set mission. To mould its Cadets into proficient leaders, patriotic nationals and tolerant citizens is the acme of the toil the institute is rendering.

INSTRUCTIONS
1. The provisions of the Prospectus must be read carefully before applying for admission.
2. Application Form, complete in all respect, must be accompanied by the following:
(a) Four latest passport size photographs of the candidate duly attested by the Headmaster / Principal
(b) Form “B” issued by the NADRA must be attached.
(c) School Leaving Certificate (for class 8th)
(c) Attested copy of Matriculation result card / DMC. ( for class 1st Year)
(d) Undertaking on the accompanying (Serial 5) signed by the candidate and countersigned by the parents
(e) Address Slip (given at the end of the Prospectus as Appendix „D‟ duly completed).
3. Incomplete Application Form, the Application Forms of those who are overage / underage and Application Form unaccompanied by the documents listed above shall not be entertained. 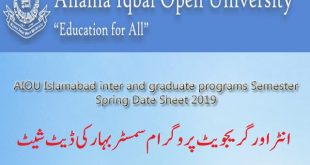 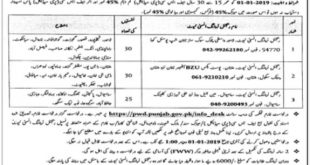