Cadet College Chakwal opens Admissions for Class VIII for Cadet boys and girls College. Cadet College Chakwal CCC is a special college for the preparation of ISSB. Applications are welcomed form cadets in the sixth grade with a minimum of five years of primary education from an authorized institute. Admissions will be granted on the entry test base. Written test for admission in 8th Class will include, English, Urdu, General Knowledge, and Mathematics. Those Students obtaining 70% or above marks can appear in the test for 8th Class Admissions. As per the admission policy, the written test for secondary classes will comprise English, Urdu, General Science, and Mathematics, with the usual interview and medical checkup. To get online details about Cadet College Chakwal Admission 2020 Apply Online. Dear parents if you have any problem regarding the fee please contact on 03354288882.Telephone # 0543-545200.For Admission information contact on 03355550132.

Written teat according to the standard of Punjab Text Book Board syllabus from dan 7» will be conducted m Enghsh.

Written Entry Test will be held at the following centers only:

CoUege Prospectus can be obtained on payment of Ra 1200/- by TCS/Courier through Demand Draft payable at IBP table
Saiden Shah Br. Code: 0556) in favor of the Principal Cadet CoUege Choa Saiden 8hah Cbakwal and Ra. 1000/- by hand

from the following places 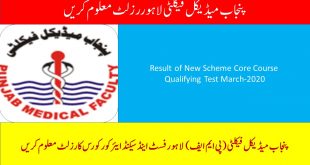