The first round of Bank Al Habib’s twelfth Rashid D Habib Memorial National Professional Golf Tournament 2023 will be played at Karachi Golf Club from Thursday, January 19. The most popular four-day national tournament of the annual golf season will see more than a hundred players from across the country battle it out for the trophy. 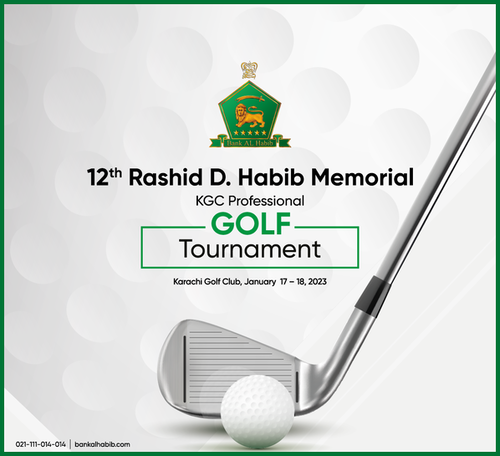 This year the total prize money of the tournament has been increased to one crore rupees. Of this, 7.95 million has been earmarked for the National Professional category and 1.4 million for top performers in the categories of KGC Professionals, Senior Professionals and KGC Caddies. According to the ranking of Pakistan Golf Federation, an appearance money of 650,000 will also be distributed among the five best professional and three best senior professional golfers of the country.

A Toyota Corolla and a Suzuki Alto car are also on offer for the lucky golfer who scores the first hole-in-one in the national and local categories respectively. The finals will be held on Sunday, January 22.